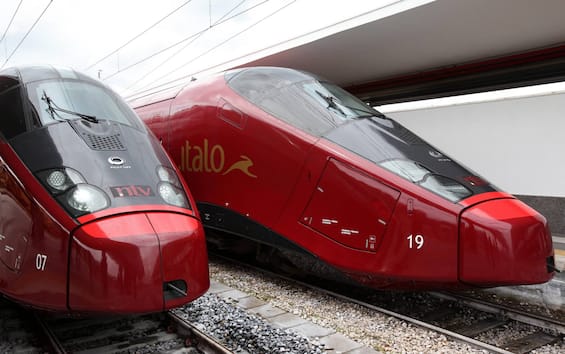 After seeing the Ita operation fade, the global maritime giant MSC would be thinking about Italo’s trains. According to Corriere della Sera the operation would thus allow it to expand its investments in logistics and passenger transport to Italian ports. The agreement would cost between 6 and 7 billion euros.

“The acquisition of Italo, according to the reconstruction of the sources, could be integrated into Medway Italia, a railway company of the MSC group that has obtained the authorization to move the trains also in Switzerland, Austria, Germany, Belgium and Holland – explains the newspaper -. In this way, the logistics giant on the one hand would exploit the synergies to expand the Medway network for freight transport, on the other hand it would concretize the train-plane-ship intermodality that would see passengers embark the baggage at the railway station in Italy and receive it, for example, in Miami aboard one of MSC Cruises’ ships or at the delivery belts of New York airport after a flight preceded by a journey on the platforms ”.

The Italian-Swiss giant, whose annual revenues are estimated at 30 billion euros, is owned by the Aponte family and manages a large portfolio of companies in Italy which includes: cargo shipping companies, ferry companies, port terminals, shipping agencies and tourism, tour operators, railway companies, technological and cybersecurity centers. A few days ago the announcement of the memorandum of understanding with Ferrovie dello Stato to “verify the possibility and mutual interest in realizing a commercial and operational partnership project aimed at developing combined maritime transport”.