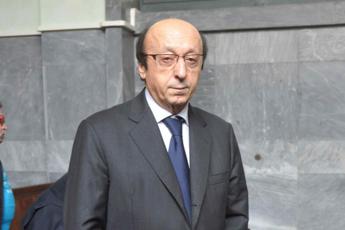 “The best signing of this round of the transfer market? Surely Napoli with Kvaratskhelia, then Milan with De Ketelaere: and with the best player in Belgium it becomes clear that the Rossoneri are thinking not only about the present but also about the future”. Luciano Moggi says it to Adnkronos, the day after the Serie A transfer closes. “Kvaratskhelia the best shot – Mogg specifies – first of all because he is good, then because they paid little for him; and then the referees don’t warn him because the name is too difficult … “.


Inter “did well because they kept a strong team, and in my opinion they will win the Scudetto, already as they are: and we have to see if they won’t make any improvements in the January transfer session.” Then there is “the Atalanta phenomenon: it tends to sell and not to buy, and finds itself first in the standings with merit. In my opinion, their tactic is to wait for Gasperini’s miracles, if they keep it tight I’m sure they will do good things” .

Then there would be the Dybala blow to Rome: “he is certainly a champion, who has made little in Turin but certainly in Rome, which she too does not occupy that place in the standings by chance, will make a lot”, especially for the leadership of Mourinho: “I liked the trap he set at Stroppa’s Monza, he played him a little game that I think they didn’t understand. He pretended to start low with Cristante and Matic behind, then in front he put Pellegrini and Dybala as half shoes, and only Abraham in front. Stroppa fell for it and conceded three goals. ”

However, says Moggi, “even so Roma do not have the right team to win the Scudetto: for me, Inter and Milan are in order, and Juventus are still there but they have to rebuild themselves. Perhaps, if Chiesa and Pogba return in January, at the Scudetto might even think about it “.