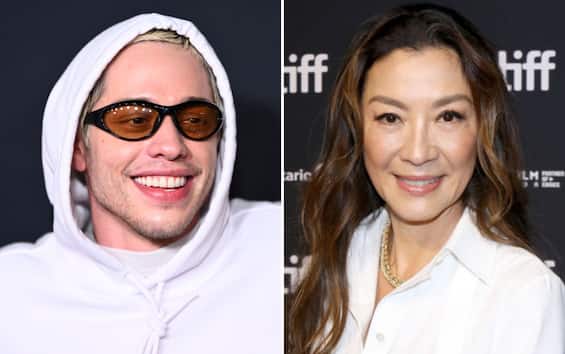 New important news emerges on the cast of the film Transformers: Rise of the Beasts. The production, in fact, has announced in the past few hours that they will also be there Michelle Yeoh And Pete Davidson among the protagonists in the new episode of the Paramount franchise. The two actors were called upon to voice two of the main characters, Maximal Airazor and Autobot Mirage. The announcement was made by the director of the program, who shared the updates on the cast in his Instagram stories, to the delight of the many fans of the saga. Steven Caple Jr., in fact, shared small clips of him on social media, showing a dubbing session in which the two actors were also involved.

The news of the cast

Michelle Yeoh and Pete Davidson join an already quite interesting cast which, among others, also includes the presence ofAnthony Ramos And Dominique Fishback. The latter two actors were also engaged in acting roles in the part of the live-action. The character played by Michelle Yeoh, Miramar Airazor, is one of the members of the Maximal, that is, the descendants of the Autobots. Among the characteristics of him, there is the possibility of transforming himself and taking on the appearance of a hawk. Autobot Mirage, on the other hand, is nothing new in the Transformers universe, as he already made his appearance years ago with the dubbing of Francesco Quinn in 2011.

Transformers: Rise of the Beasts, the trilogy

With this new film, whose theatrical release is scheduled for June 9, 2023, Paramount kicked off a new trilogy. The first film should have been released exactly one year earlier, in June 2022, but the difficulties related to the events related to Covid forced the production to postpone its release. Now, however, there seems to be no impediment to a release in June 2023. The official synopsis reads that “Rise of the Beasts will take audiences on a 1990s globetrotter adventure and introduce the Maximals, Predacons and Terrorcons into the existing battle. on earth between Autobots and Decepticons ”. From what we learn, Scourge will be the main antagonist of this new saga and there will also be the arrival of other Transformers.