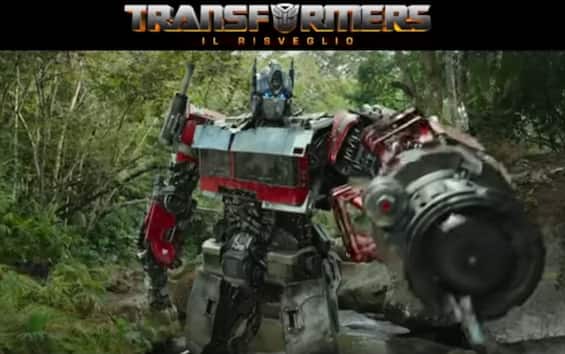 The first Italian trailer of Transformers: The Awakeningthe highly anticipated film that will arrive in June 2023, to the delight of fans of the franchise.
The first teaser trailer of Rise of the Beasts (this is the original title) introduces the Maximal Optimus Primal, Cheetor and Airazor.

The film, directed by director Steven Caple Jr. and expected for June 9, 2023, revolves around former military leader Noah (Anthony Ramos) and museum researcher Elena (Dominique Fishback). These two humans will be involved against their will in a conflict between Autobots and Decepticons.
Neither Noah nor Elena are aware of the existence of Cybertronians such as Optimus Prime (Peter Cullen), alien beings who lurk on planet Earth under the guise of human vehicles.
But there’s big news: unlike the previous films in the franchise, Transformers – Rise of the Beasts will introduce a series of Beast Wars Maximals and Predacons whose Earth-based alternate forms are organic animals.

Although this idea has already been contemplated by the recent films of transformers from Paramount, Optimus in the trailer appears stunned when he meets Optimus Primal (Ron Perlman) in his gorilla form. So the Cybertronians transformed into organic beings are certainly to be considered a novelty, even if we had already been served some taste.

You can watch the official trailer of the film Transformers: The Awakening in the video at the bottom of this article.

The new chapter in the film saga created in 2007 by Michael Bay is the sixth (seventh if we also consider Bumblebee by Travis Knight of 2018) film of the cinematographic epic based on the famous toys and animated series of Hasbro and Takara Tomy of the 80s.
Transformers – The Awakening stars Anthony Ramos and Dominique Fishback.
The film will be a pike dive backwards, taking us back to the nineties. An epic adventure will take place on the big screen that will take the protagonists around the world.
The Autobots will return and there will be a new generation of Transformers, the Maximals, who will take part in the eternal battle on earth between the Autobots and the Decepticons.

For now, based on the trailer alone, it’s hard to tell if Rise of the Beasts will delve into the history of Beast Wars to reveal how the Maximals and Predacons – who are actually from the distant future – accidentally ended up in the prehistoric past due to an accident involving time travel.

Classic characters such as Airazor (Michelle Yeoh), Cheetor and Rhinox will be the big protagonists. Meanwhile, Prime and his allies will once again try to save the planet from destruction.

You can watch the official trailer of the film below Transformers: The Awakening.