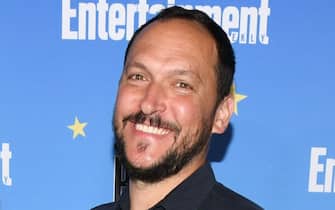 The protagonist of the film is Jason Statham, an actor famous for action films such as Fast & Furious e The expendables

In Transporter: Extreme it is Frank Martin, a former mercenary, who changes jobs and becomes a driver for the family of Minister Billings

Amber Valletta is Audrey Billings, Jack’s mom. A lonely and neglected woman, who immediately develops a strong sympathy for Frank

Matthew Modine, one of the best known actors in action and thriller films, is Jefferson Billings, the father of Jack, minister of the United States government and at the forefront of the war against drug trafficking

Oppenheimer, Matthew Modine in the cast of Christopher Nolan’s film

The Italian Alessandro Gassmann has participated in countless films, at home but also abroad

WATCH THE VIDEO: The best films of Alessandro Gassman

In Transporter: Extreme is Gianni Chellini, Colombian terrorist and mastermind of Jack’s kidnapping

Alessandro Gassmann, the most beautiful photos of the Roman actor

Kate Nauta is Lola, Gianni’s psychopathic girlfriend. She has worked on numerous action films of the caliber of Nine Miles Down, Avalanche Sharks And The Good Guy

François Berléand is Tarconi, the face of all the chapters of Transporter. Detective friend of Frank, who came from France with the intention of spending the holidays in Florida, is involved in the kidnapping of Jack

Jason Flemyng, the face of numerous action and fantasy films, is Dimitri