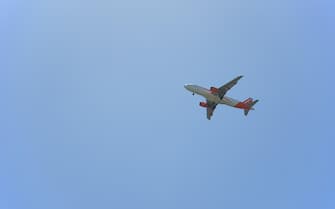 From London to the Amazonfrom the New Zealand to Lithuania: the New York Times has compiled a ranking of 52 places to visit in 2023 to get to know the food, culture and natural beauty of some places a little better among the most enchanting (and often unknown) of the world

ITALY – In the list, at position number 47There are also Bergamo and Brescia, the Italian capitals of culture this year. As evidenced by the US newspaperin the two Lombard towns this year more will be organized 100 art projectscultural and theatrical events not to be missed

Pesaro will be the Italian capital of culture in 2024

CHIOGGIA CAPITALIST – And the other years? In 2021 the ranking, which wanted to enhance unusual locations and promoters of a “conscious tourism”, had submitted to the number 1 position Chioggiadefined “little Venice”. The Venetian locality is very similar to the capital of the lagoon and is certainly less crowded: this is why it has been defined as one ideal destination for a bike tour or how gastronomic stagegiven the knowledge of its radicchio

Chioggia, Courmayeur and Naples among the 2022 destinations of the New York Times

THE CHARM OF COURMA – Last year at position number 13 there was also Courmayeur, defined by the US newspaper as a city halfway between “tourism and conservation”. Famous for its tanning polentacreamy due to its local fontina, as well as for the slopes from skitime ago Courmayeur attempts to limit access to the slopes, avoiding what is defined as “mass tourism” and preferring green solutions that respect the environment. However, much more will be needed

Climbing Mont Blanc will be paid

GREEN NAPLES – Not only Courmayeur: even Naples has decided to aim for a slower tourism and above all, greener. The New York Times in 2022 he placed it at position 34, highlighting the efforts of the community of San Giovanni a Teducciowhich he promoted a fair energy system to supply green energy also i poorer neighborhoodsand also highlighting the walking tours of the Neapolitan cityperhaps passing from the legendary “steps of Naples”

What to see in Naples: 16 places to visit on foot

SICILY – If in 2021 there were no Italian locations in the list, that of 2020 instead presented three Italian places iconic. The first is Sicily (position n.6), in particular the area of Etnawhere wine-growing and tasting activities grow far from a way of conceiving tourism that is too hit and run

The 52 places to visit in 2020 according to the New York Times: three places in Italy. PHOTO

MOLISE – Molise, the least populous (and considered) region of Italy, was mentioned in 2020 from the New York Times as a place to see, bringing it back into place no.37. In this region, relatively young (she was born only in 1963), traditional festivals are very important, such as the Nshowerheld during the period Christmas. In the region there is everything from historic and seaside resorts, such as Termolito the mountains, like Campitello Matese

URBINO – “Urbino has everything Tuscany has, but at half the price and with half the tourists”. From the National Gallery of the Marches to the University of Urbino (founded in 1506, among the oldest in the world), passing through theInstitute for Book Decoration and Illustrationthe city, birthplace of Raphael, has everything to be among the most visited Italian destinations: for this the New York Times entered it in 2020 at position number 51

PUGLIA – And in 2019? The 52 tries that year included two Italian locations: one of these is Puglia, to the position n.18 of the classification and chosen for its sophisticated charm, tied to one side to an increasingly sophisticated tourism (which often leads old farms to be renovated) on the other hand to maintain links with the traditionas demonstrated by theexpansion of wineries

GULF PARADISE – A middle ground between crowded Five lands and the industrial port of Genoa and the Paradise Gulfan often unknown place: also for this reason the New York Timess placed it at 25th place in the list of 2019. This small gulf hosts five often overlooked countriesincluding Camogliand is famous for its local cuisine: freshly caught anchovies, hand-rolled trofie and focaccia filled with local cheese Reccowhich he got PGI recognition