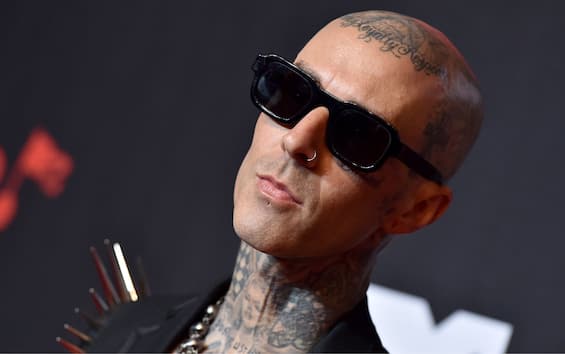 The hours following the emergency hospitalization from Travis Barker have been full of tension for the musician’s fans, waiting for updates on the health status of the Blink-182 drummer. The most important news, however, was launched by TMZ.com which revealed the cause of the hospital rush in West Hollywood on Tuesday 28 June. Barker would have been hospitalized due to a pancreatitisa disease that if not treated in time can have very serious consequences.

The hasty admission to the hospital and the worrying messages launched on social media in the same hours by the person concerned and his family had put in serious apprehension the fans of Blink-182 who now have had the confirmation that the condition of Travis Barker is really serious. .
According to what was released by the American media, the drummer and music producer was hospitalized for the consequences of acute pancreatitis that would have originated from a colonoscopy which Barker would recently undergo.
Apparently, the examination would have caused several disturbances to the artist. The first symptoms of pancreatitis, which consists of ainflammation of the pancreasare in fact nausea, vomiting, severe stomach pain and abdominal discomfort but it is known that pancreatitis, which can occur in different forms and with different levels of severity, can even lead to death if it is not treated effectively and in time. Even in the most serious cases, hospital care can save the patient as much as it can heal in a few days or weeks, depending on the severity of the disease; only in rare cases, surgery is used.

His social updates from family members

Meanwhile, while awaiting further news, fans are constantly keeping an eye on the social media of Barker’s family members standing next to him in the hospital in California.

For now, the most relevant news have been released by Alabama Barker, the sixteen-year-old daughter of the drummer, who at first posted a photo in which she held her father’s hand tightly, content then removed shortly after. A few hours later, on Instagram Stories, it appeared a new shotalways with his hand and that of his father. The caption is a thanks for the followers who in these hours have shown all their affection for his family.

It was she who invited the fans of the musician to pray, who in these hours also has his new wife beside him Kourtney Kardashian who, instead, at this moment has chosen social silence.