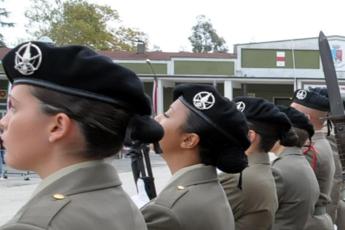 Architect, notary, doctor, soldier, surgeon: Treccani presents the first ‘Dictionary of the Italian language’ which also lemmatizes the feminine forms of nouns and adjectives traditionally recorded only in the masculine. The Institute of the Italian Encyclopedia thus abandons the ‘vocabulary’, to make the ‘chronicle’ of a language in continuous evolution, it promotes inclusiveness and gender equality and at the same time recognizes among the neologisms social distancing, lockdown, smart- working, dad, infodemic, agile work, citizenship income, rider, thermoscanner, terrapiattism and transphobia.


The 2022 edition of Il Vocabolario Treccani, he explains, is “an ambitious and revolutionary project, in which tradition and progress merge to witness the socio-cultural changes of our country and recognize – by validating them – new nuances, definitions and meanings capable of to represent and tell the best of reality and current events, through the words we use to experience and describe it “.

In the centuries-old history of Italian lexicography, Treccani’s will be the first vocabulary not to present voices, favoring the masculine gender, but choosing to lemmatize feminine adjectives and nouns as well. A revolution that reflects and fixes on paper the need and urgency of a change that promotes gender inclusiveness and equality, starting with language. Looking for the meaning of an adjective such as ‘beautiful’ or ‘suitable’ we will therefore find lemmatized, or registered and therefore displayed in bold, also its feminine form, always following the alphabetical order; nice nice; suitable, suitable. And for the first time we will see registered identifying names of professions that, traditionally androcentric, until now had no lexical autonomy: notary, surgeon, doctor, soldier. To eliminate gender stereotypes – according to which it is the woman who cooks or irones, while the man who runs an office or reads a newspaper is punctually the man – Treccani proposes new examples of use and contextualization and highlights the offensive character of all the words and all the ways of saying that can be harmful to the dignity of every person.

The work of updating the Italian language to which the Treccani Observatory has been relentlessly dedicated for over a century is now taking shape in a new work in three volumes (Dictionary of the Italian Treccani, Historical-etymological dictionary and History of Italian by images ) which will be previewed on Friday 16 September on the occasion of the 23rd edition of Pordenonelegge, Book Festival with the Authors.

Directed by linguists Valeria Della Valle and Giuseppe Patota, Il Vocabolario Treccani is much more than the updated version of the work published in 2018: it is “the mirror of the changing world and the fruit of the need to validate and give dignity to a new vision of society, which inevitably passes through a new and different use of words “.

No longer, therefore, in Treccani 2022, the ‘vocabularies’, that sort of initiatory language that leads to the definition of a simple screw as a “mechanical connecting organ, consisting of a cylindrical or conical stem, on which a helical groove is engraved. whose prominence (called fillet or worm) engages between the projections of a similar groove (pre-existing or generated by its own rotation) “. Furthermore, abbreviations have been reduced as much as possible (no one ever reads the list that explains them, and they are often reinterpreted in an imaginative way), and the brands of use (which in many cases are the result of a personal evaluation of the lexicographer : it often happens, for example, that an entry or meaning that one dictionary qualifies as lett., that is literary, in another is judged disus., that is, disused).

Lexicographic short circuits have been eliminated, avoiding forcing readers to bounce from one voice to another, in a chain of references that create endless spirals: in the ‘Dictionary of Italian Treccani’ the explanations of a word are always self-sufficient, and the reader is not forced, in order to understand them, to look for the meaning of another word present in the explanation itself.

Great space has been given to grammar. On the one hand, all the grammatical items have been rewritten, remembering that the norm is not established once and for all, and is continually called into question by use; on the other hand, many items close with as many notes of use highlighted in pink in which the most common grammatical doubts related to a given word are resolved: for example, those who consult the items’ milk ‘,’ psychologist ‘or’ neighbor ‘and ask if you can say’ milks ‘in the plural, if the word psychologist requires the article’ the ‘or the article’ lo ‘and finally whether it is better to say or write’ near home ‘or’ near home ‘will find an answer for each of these doubts.

Most of the examples are taken from the real use of the language and at the same time those from ‘Italian in test tube’ have been reduced, based on artificial phrases that no one has ever pronounced or will pronounce, but which often remain deposited in dictionaries due to inertia. All the new examples were based on authentic materials taken from the net, from newspapers, from treatises, from blogs, from documents, books, comments (correct!) In social networks.

The Dictionary of Italian is one of the three volumes that make up the new collection of the Treccani Vocabulary. It is flanked by the ‘Historical-etymological dictionary’, which takes up and develops the constant presence of etymologies in the history of Treccani – inserted since the first edition of the famous Italian Encyclopedia of Sciences, Letters and Arts of 1929 to introduce the various items and intended then to illustrate, by great linguists and glottologists, the various lexicographic collections -, and the ‘History of Italian through images’, an unpublished and original story of the history of Italian, not only through words but also through images . The selection of all the contents was guided by the intention of associating lesser-known pieces by well-known authors, and sometimes also by lesser-known authors but more suited to arousing the interest and curiosity of readers, unusual details of works by minor artists , of rare title pages, of paintings preserved in private collections, some of which have never been seen before.