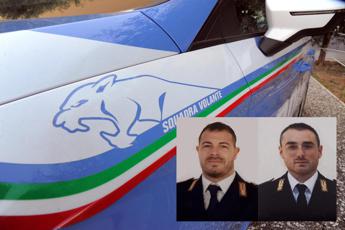 For justice Alejandro Stephan Meran is not responsible and goes to transfer to a Rems but is not found a free place. The defense is now pressing: no more bars, the sentence is respected

Three months after the sentence that recognized Alejandro Stephan Meran, accused of the double murder of police officers, was not responsible Pierluigi Rotta and Matteo Demenego killed at the police headquarters in Trieste on 4 October 2019, he remains in prison. A stay, that behind the bars of the prison in Verona, ‘illegitimate’ because it disregards the ruling issued by the judges of the Trieste Court of Assizes who recognized the total defect of mind to the accused.


For 90 days, what is expressed in the sentence that acquits the 32-year-old of Dominican origin and applies “the definitive measure of hospitalization in a Rems for a minimum duration of thirty years” has remained a dead letter, recognizing in him a condition of “very high social danger” which makes his presence in a residence “essential” for the execution of security measures. It is not attributable, but it is stained with facts of “absolute gravity: two murders committed in a very short period of time, without any plausible motivation (other than that internal to the mind of the accused), by a subject who repeated the potentially murderous actions also against other subjects, fortunately without the same unfortunate outcome “is recalled in the operative part of the sentence. A person to be treated as recognized by the prosecutor himself, the prosecutor Federica Riolino, and as the defenders have always claimed, the lawyers Paolo and Alice Bevilacqua, who recognize the enormous work that the prosecutor (deputy for the execution of the measure ) is working to find a suitable facility, but are soliciting care for their client.

“Unfortunately, the waiting lists for the Rems are long, but at this moment Meran, after the acquittal and the revocation of every precautionary measure, reveals a non-legal detention”, explain the lawyers to Adnkronos. “He should not remain in prison, but be treated in a Rems: prison is thought to protect the community, but he is denied the fundamental right to health. After three months, we are ready to take every necessary initiative to give concrete execution to the ruling of the Court and to ensure that Meran can find the right place in the most suitable structure. Its current position is outside the frameworks and normative protocols where its freedom is private and contained without a title that legitimizes its restriction in prison “.