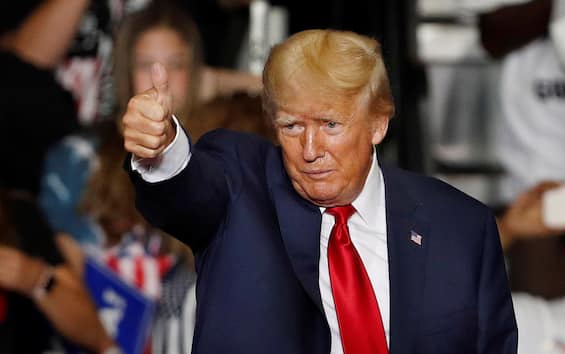 The “big day” of Donald Trump’s announcement has arrived. Or, at least, it should. Because the one in which the tycoon should formalize his candidacy for the 2024 presidential elections is an appointment which, according to the American media, should have already been celebrated other times: in early September, after Labor Day, then in the last rally before vote, in Ohio, then on November 9, after the vote, and finally on the 15th in Mar-a-Lago, in Trump’s Florida resort. Among the dates there was also Thanksgiving Day, the true American Christmas, November 24, the last Thursday of the month, but in the light of the latest developments it could have been held on Halloween night, given the ‘spectres’ of the defeat in the Senate for Republicans.

One day not by chance

In the end, the advisers to his staff broke the doubts and made an appointment for today, November 15th. Not a day chosen at random. It is the day after the expiry of the deadline set by the congressional commission of inquiry, which had summoned the tycoon to testify on the events of January 6, 2021, that of the insurrection in Washington.

Like everything that concerns him, Trump will arrive with all the tensions, popularity and contraindications: a wing of the Republican Party has tried to convince him to postpone the announcement, so as not to jeopardize his candidate’s run for senator in Georgia, former football champion Herschel Walker, who will go to the ballot with Democrat Raphael Warnock on December 6. If the liberals were to win this challenge too, they would even end up having fifty-one seats, one more than this legislature, and therefore even able to neutralize the weight of one of the two moderates, Joe Manchin and Kyrsten Sinema, who in these two years have kept the party in check.