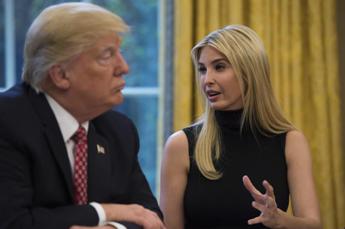 Central figures of his previous election campaigns and of Donald Trump’s White House, daughter Ivanka and son-in-law Jared Kushner seem unwilling to take part in the new campaign for the tycoon’s White House. At least according to what the New York Post reveals which cites informed sources, according to which the former president, during the reception in Mar a Lago for the wedding of his daughter Tiffany, would have tried, without success, to convince the former Washington power couple to go up together with him on stage for the expected announcement for tonight.


“Trump thought he could get Ivanka to campaign for him since she was the most in-demand speaker after him in the last campaign, but so far he’s resisting his pressure and so is Jared,” said tabloid source Rupert Murdoch. both were burned in Washington and don’t want to go back to exposing themselves and their children to another tough campaign.”

Their position has created “behind-the-scenes tensions” within the Trump clan, as Ivanka’s brothers Donald Jr. and Eric are already fully launched into the 75-year-old father’s new campaign, alongside their partners Kimberly Guilfoyle and Lara Trump.