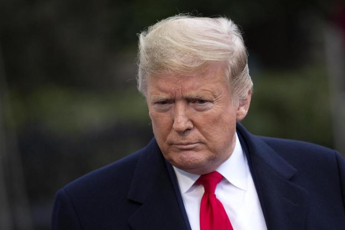 The 27-page motion by which his lawyers called for the appointment of a special master, an independent judge to steal from the feds the review of documents seized in Mar a Lago, appears as an electoral road map to present a persecuted White House candidate. from the current administration dem

Donald Trump declares legal war on the FBI and the Democrat-led Department of Justice, also showing how he intends to exploit this whole affair to launch a new campaign for the White House in 2024. This is the goal of the move of his lawyers who have submitted a request to a Florida federal judge to block any further examination by federal prosecutors of documents seized at Trump’s residence until the appointment of a “special master”, a third-party judge not employed by the department who must guarantee the integrity of this material.


And above all, it determines whether Trump’s private documents have been seized – as happened with his passports – and order their immediate return. The move is part of the typical way that Trump, tycoon first and president later, uses the legal system to delay, deflect, distort and politicize accusations against him.

The motion presented by his lawyers, 27 pages in all, then appears – points out the CNN – a real roadmap of how Trump intends to present himself as the new presidential candidate, victim of an unjust judicial persecution hatched by the democratic administration to try to stop it.

And all with a single simple objective: to remove, with new accusations directed at the system, the attention from the heavy accusations that were leveled against him – and which justified the unprecedented search of the home of a former president – of having removed from the House White hundreds of classified documents.

Trump held over 300 top secret documents after his presidency ended, according to the New York Times. Half, 150, were recovered last January by national archives officials who first discovered the disappearance. Another group was then handed over to the Justice Department officials who went to Mar a Lago last June to solicit the delivery of all the documents withheld.

Which did not happen, thus leading to the show down of the search two weeks ago during which, according to the Washington Post, the FBI was looking for documents relating to the American nuclear arsenal.

So not only would Trump have stolen top secret material – then put forward the justification that he would have declassified all those documents before the end of the presidency, an operation that a president can do but must document through a verifiable process – but he would also have hindered the investigation to recover them. , according to what emerges from the FBI mandate which indicates that the former president is under investigation not only under the espionage act but also for “obstruction of federal investigation”.

With this in mind, the request submitted by the investigators – again as revealed by the Times – to obtain the recordings of the surveillance cameras of Mar a Lago prior to the 8 August search to see how the documents were handled must also be included. .