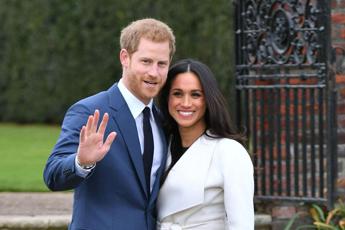 Meghan Markle was “disrespectful” to Queen Elizabeth and the British royal family e Prince Harry was “used horribly”. These are the accusations launched by Donald Trump in the interview released on Monday a Nigel Farage, broadcast today on GB News and reported by the Telegraph. The former US president, speaking of the Duchess of Sussex, took a few pebbles from his shoes: “I’m not a fan of his. I’ve never been. I think Harry was used in a horrible way and that one day he will regret it“Trump said, answering questions from former UKIP and Brexit Party leader Farage, his longtime friend. How Harry was” used, “Trump said. “he ruined the relationship with his family and hurts the queen.”

Another dig at Meghan, Trump threw it in reference to the use of official letterhead, with her noble title, made by the former actress to carry out lobbying activities against some members of the US Congress. “He’s trying to do things that are very inappropriate”, he said the former president, who considers Meghan’s behavior “very disrespectful to the royal family and especially to the queen”. The sovereign, underlined Trump, is “a great woman, a great person, a historical figure”.

As for the British premier Boris Johnson, for the former US president is committing a “big mistake” with its support for wind energy, which aims to transform the UK into “Saudi Arabia of the wind”. Wind farms, Trump argued, are “hideous”, “ridiculous”, “kill birds” and “start to rust” after a couple of years. The only ones who support them, he added, are environmentalists “who hate the world”.