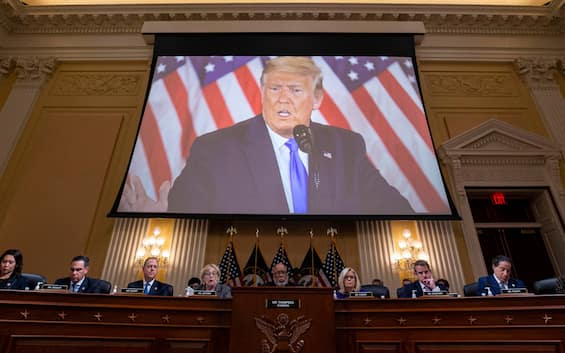 The Democrat-controlled House Finance Committee approved, by 24 to 16 votes, the release of Donald Trump’s tax returns for the years 2015 to 2020. The move ends a long-lasting legal battle. years between Democrats and the former president who has always fought to keep his income secret, in contravention of the transparency shown by his predecessors on the matter, until the Supreme Court last month rejected his attempt to prevent the publication of the statements.

However, it is not clear when the documents will be published by the commission, which from next January will be replaced by one with a Republican majority with the inauguration of the new Congress. The commission also dismantled one of the main arguments used by Trump to justify his refusal to publish statements during the 2016 election campaign, namely the fact that an investigation by the IRS, the American taxman, was underway.

Lloyd Doggett, a Democrat from Texas, explained that the commission found the IRS only started the investigation in 2019, practically the same day the commission first asked for the documents.

The reply of the former President: “Political attack”

“The American people want to know whether the president of the United States makes decisions based on their interest or his own financial interest,” echoed another deputy of the commission, Jimmy Gomez.

The Trump campaign called the committee vote a political attack that proves that Democrats, who lost their House majority, are “playing a political game they are losing: If this injustice can happen to President Trump, it can happen to everyone.” Americans for no reason”.

Not since Richard Nixon has Congress stepped in to ask for a president’s tax returns. In 1973, however, the IRS gave the committee of inquiry copies of Nixon’s tax returns the same day the committee’s request arrived.