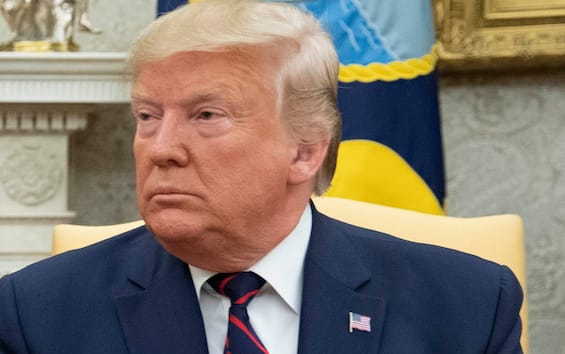 The US House has published Donald Trump’s tax returns at the end of a years-long legal battle, during which the former president tried by all means to block its spread. The publication of the taxes of the last six years is a new blow for Trump, who has exhausted all the legal avenues at his disposal to keep them secret. Democrats have been pressing relentlessly for years to get and publish the former president’s tax returns. For Congress, this is a rare initiative: such an action hasn’t occurred since 1973, when the US IRS handed over President Richard Nixon’s tax returns to a Congressional committee.

It was just a few days ago that Trump paid $1.1 million in federal income taxes in the first three years of his presidency, but paid zero dollars in 2020. In that year, the Tycoon reported a loss of 4 $.8 million and paid no income taxes.

The former president lashed out at Democrats and the Supreme Court. “Democrats shouldn’t have done this, the Supreme Court shouldn’t have approved” the spread of taxes because this could “lead to horrible things for a lot of people. The radical Democrats leftists use anything as a weapon”. This was stated by Donald Trump commenting on the publication of his tax returns. Documents which, claims the former president, show how “I was successful and was able to use some tax deductions to create thousands of jobs”.

Donald Trump had bank accounts abroad between 2015 and 2020, including one in China from 2015 to 2017. This is what emerges from the former president’s tax returns published by the US House oversight committee. The documents shed light on the president’s finances and complete the partial information leaked over the years and the summary published by the commission itself in recent days.