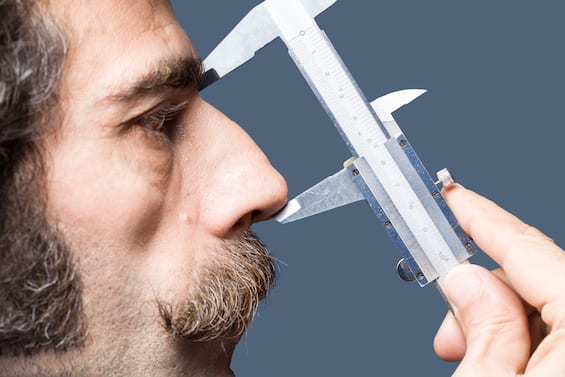 There are many things you can do yourself, you just need a little inventiveness, the right tools, and the ability to use the correct technique. Just think of some “do it yourself” jobs at home. Then there are obviously many things that it is unthinkable to do alone and for which it is essential to resort to a professional, including surgery. Obvious isn’t it? Not for a man from Brazil who ended up in the hospital after trying to get his nose done on his own, at home, using YouTube tutorials and super glue.

Tutorial for any occasion

Among the thousands of guides that explain everything on the popular video platform there is also the one for “do it yourself” rhinoplasty. So a man from São Paulo ended up in hospital due to an infected wound, telling the doctors – who visited him stunned – that he had not used sterilized instruments, nor gloves, nor had he disinfected the cut he had obtained after the intervention.

The doctors were thrilled

The man confessed to health professionals that he wanted to try after seeing a tutorial on the web, using a common disinfectant and a veterinary anesthetic. Finally he used gauze and super glue to close the wound. The hospital announced in a press release that the patient, who was first seen by a mental health team and then moved to the plastic surgery ward, was discharged the same day but will have to return because of the injury. it will be kept absolutely under control.

With the “do it yourself” you risk your life too

Doctors have also warned, of course, that “amateur” surgeries can lead to very serious consequences including death. The Brazilian Society of Plastic Surgery also intervened on the case, saying that rhinoplasty, of course, must be practiced by experienced and qualified doctors.