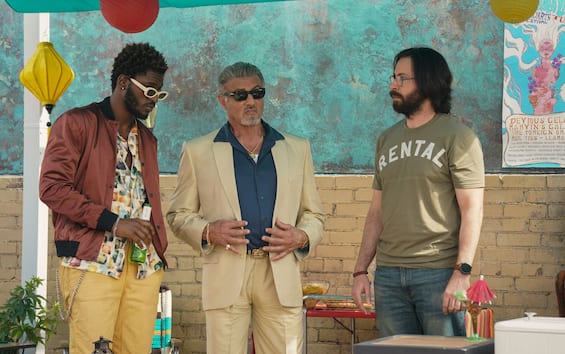 Only a few episodes of the first season are still available on Paramount+ Tulsa King with Sylvester Stallone protagonistbut it has already been confirmed development of the second season. Created by Taylor Sheridan, Tulsa King revisits the gangster story genre, exploiting the explosive combination of Sheridan’s writing with Stallone’s charisma. The launch of the series recorded a record with the first episodes and now fans can rest assured that new episodes of Tulsa King in 2023.

Tulsa King: What is the series about?

Tulsa King follows the head of the New York mafia Dwight “The General” Manfredi just out of prison after 25 years and unceremoniously exiled by his boss to settle in Tulsa, Oklahoma. Realizing that his mob family may not have his best interests at heart, Dwight slowly builds a team of unlikely characters to help him establish a new criminal empire in what could very well be another planet to him. .

The success of Tulsa King

Tulsa King even surpassed House of the Dragon as a match between the tv series of the year after that Yellowstone opened the dances with over 12 million spectators. The showrunner of Tulsa KingTerence Winter is proud of the achievement even as the series has received both positive and negative reviews by critics and the public, while still praising Stallone in the role of the mafioso protagonist.

What Stallone thinks of his character

“I have always wanted to play a gangster” Stallone told The Hollywood Reporter. “But I wanted to play a unique gangster, not like everyone else. He’s actually a guy who likes to collaborate. I thought about The Metamorphosis by Franz Kafka. different work while keeping the same personality? That way I wouldn’t be the cliché of a thug staring at you with dead eyes and deep voice. So I said, ‘I’m going to play this as close to myself as I can, like I’ve never done before.’ in my life'”.