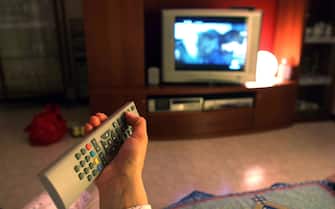 With the December 20th a new phase of the transition to the new digital terrestrial is opening, which will end at January 2023 with the activation of the DVBT-2 transmission standard (Digital Video Broadcasting – Second Generation Terrestrial) nationwide. Starting from 21 December, in fact, all digital terrestrial broadcasts will be in high resolution. Those who have an old TV, therefore, will be forced to buy a new decoder

As stated on the website of the Ministry of Economic Development, DVB-T2 (Digital Video Broadcasting – Second Generation Terrestrial) is the latest generation standard for broadcasting on the digital terrestrial platform of the European DVB consortium

TV bonus rises to 50 euros, who is entitled to it and how to get it

The transition to the new standard, continues the dedicated page on the Ministry’s website, will allow an improvement in visual quality and high definition and the release of frequencies in the 694-790 MHz band, the so-called “700 band”for 5G mobile services

Elon Musk has suspended the Twitter profiles of some journalists

After the activation of this new standard, therefore, it will no longer be possible to receive television broadcasts except with new generation devices that support the DVBT-2 HEVC-10 standard. Alternatively, televisions purchased before December 2018 and made suitable for reception via a special decoder are also fine

Cybersecurity, a year between hybrid warfare and ransomware. What about 2023? THE PODCAST

To check the compatibility of your TV or decoder with the new transmission standards, you can visit the dedicated page on the website nuovatvdigitale.mise.gov.it. First of all, it is clarified that if your TV was purchased after December 2018 it will necessarily be compatible with the new digital terrestrial since from that date retailers are obliged to sell televisions that support the new DVB-T2 standard and HEVC Main10 coding

However, it can happen that there are problems displaying the screen (channel doesn’t show “Test HEVC Main10” or won’t tune) even if the television or decoder is compatible with DVB-T2. In these cases, the negative result of the test could derive from some factors, such as an incorrect (but temporary) reception of the channel or a momentary presence of another broadcaster on the channel, or from the fact that your TV cannot connect at the latest frequencies

Before buying a new decoder or a new TV, it is therefore always advisable and advisable to carry out a retuning. If at the end of the procedure display problems remain it will be necessary proceed the purchase of new devices to continue viewing programs even after January 2023

Google, from Putin to Blanco. The trendiest words of 2022: the list