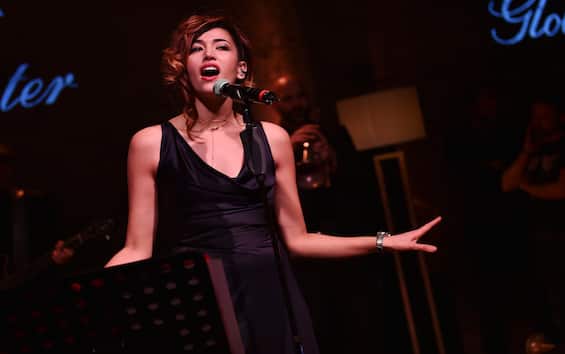 If you choose to wait for 2023 with friends, at your home or as guests at someone else’s house, there are two essential elements in addition to at least one clock that splits the second: the glasses for toasting and music. Regardless of whether you saber a Franciacorta by Cavalleri, a bubble from Oltrepo Pavese by Agnes or a Metodo Classico Rosé Millesimato by Lini910, if they offer you flutes or a large cup like the one for ice cream, you are authorized to drink from a barrel or go to the first bar you find open and celebrate with beer with unknown patrons. If the music is only 60s or Reggaeton same reasoning. It is obvious that a few choirs have to be done but someone has to take responsibility for a few pieces of character that make those moments, that evening, children of a special soundtrack. Here I make my suggestions for you the wild hour on the most awaited night of the year.

A rebel song, born in a period in which his relationship with the discography was moving on a thin line. And so he, who is intelligent, refined and ironic, asked himself an ancient dilemma: what is this Pop? Will he find the answer? I’ll ask him at the next meeting.

Because it contains a magical joy. Because it tells the full heart and how much an hour can be contained between two infinities. But above all on this night, which is a night of desires, we need to cradle one that takes us very far.

It’s my classic. Because no one has ever managed to be so iconoclastic with a world-famous song. Imagine the former Sex Pistols jumping on stage and screaming more than singing. Do it too while listening to it. And if someone looks at you badly… he’s the sad one.

Heartbreaking, delicate but above all true: it tells the beauty of a lasting and transparent bond, of the psychological dynamics, sometimes a little insane, that emerge in a relationship that has gone through a bit of life. In the evening of the final balances she sings about the difficulty and the joy of keeping the things that matter standing.

One evening he goes out to this square he frequents and can no longer find his Twingo. I got it? A Twingo not an SUV. And he, having loosened the lump, made us a song. But, as he told me, it’s among the most fairy tales ever written. So isn’t New Year’s Eve the time for fairy tales? Let her go.

MARGHERITA VICARIO – FOR A KISS

A dinner … with a person who is alive only because they gave birth. A game of few silences and many questions… what do you want what are you looking for who you are. The ending almost seems like a tongue twister that enhances Margherita’s vocality

Love at first listen. I think I have contributed significantly to the growth of views on youtube. Already the incipit: modal music is not fashionable music… but then is Italian music still fashionable? I would say yes. It ends with “everything is better from the next room”. Remember this if the impromptu deejay is sad.

Try to think that you go to the end of the year party at a single friend’s house, you leave fascinated and on January 1st you are completely in love. Some time later everyone at the wedding and a few years later you’ll be at the usual single again party. And somewhere in the world there will be an ex-wife. I invite you to reflect.

ERMAL META – APART FROM YOU

The piano is almost shy at the beginning but when Ermal talks about appointments with destiny, a paper horizon and a room with too many memories then it is a real love lesson. And there will always be someone in the pocket right in the other. And maybe just tonight they would be overwhelmed by an unexpected smile.

We talked about it with Nina… her entry into this song makes it one of the most beautiful musical incipits of 2023. It’s a love song that explains how it’s possible to find in your partner everything you need to be happy: it’s not everyone’s dream? And not just on December 31st.

There are people who pass by a love and a situation where raising the flame is not easy. Marco Ligabue has a profound writing, without going too far back I think that few in Italy have managed to read the soul like him. How much his singing is appreciated is confirmed by the hundreds of concerts he has given in a season where it is very difficult to organize a tour. And in this there is the complicity of another friend Alessio Pibe Lini, who has always been his guardian angel. Listen to this song on December 31st… Nobody knows the future anyway, let’s play everything every little madness makes us go further.

OMAR PEDRINI – AS IF THERE WAS NO TOMORROW

With him, the night always takes us far away and makes us flee on spaceships as if there were no tomorrow. Rock in Italy wouldn’t be the same without this artist from Brescia with a huge heart even when he limps… only with him can we dream of a future where we will all be equal. Think about it as you toast.

LAST – SWALLOWS ON A LEASH

In recent years, few have demonstrated a writing ability like this young Roman artist who in his early twenties is going on a stadium tour next year. In this piece of infinite melancholy there are images worthy of the most extreme Pasquale Panella. So here comes 2020 and take me with you… take me safe… take me where you prefer.

VALENTINA TIOLI – THE BEST OF MY LOVE

With a very recent work he desecrated Christmas with a completely distorted series of songs. Here we hear it in this lively, intense, profound unedited song. She is one of the most illustrious daughters of the X Factor and for 2020 she invites us to put the best of our love into play.

It tells precisely the illusion of having experienced something great which then disappeared without a trace. It’s a romantic, nostalgic song, full of contrasts, which hides a synth and danceable heart, pressing with its electro-pop rhythms.

NEGRITA – THEY WILL NEVER COME BACK

The anthology of memories. Final balances are drawn up every year. This song is generational. But if stripped down in his ideas he sums up many extra-calendar New Years. Because every day ultimately brings with it regrets and dreams.

Often, very often, on New Year’s Eve we are scattered throughout the world and yet, due to a strange play of thoughts, the roots are deeper and stronger. As these guys from Salento say, between a toast and a plate of cotechino with lentils, let’s remember to give value to the culture we… cherish!

It is the evening in which there is the greatest hunger for love and therefore my friend Daniele Bengi Benati’s Ridillos guide us in this meal that goes from the appetizer of love and fantasy bread to the dessert which is a toast that has been sparkling since 1998 And it will be, as the song says, for the next hundred years. At least.

A kiss does not know innocence … a sentence that should be written on the skin. It is one of the infinite crystals of life written by Giuliano Sangiorgi. And let’s remember, in embracing 2023, that if you close your eyes a train is already leaving. It’s up to each of us to decide whether to get on it or watch it leave.

FLAVIO OREGLIO – DECEMBER 31st
For me the symbolic piece of this gentleman (apparently) a bit grumpy is La Stella del Moulin Rouge but this time I’ll choose another one. The solo of my themed tracklist barrels and trumpets and toast at the stroke of midnight. It’s a caustic piece, a bit cruel but true. I have the dark face of the new year’s eve. Listen to it at 11.55pm. And everyone HAPPY 2023!