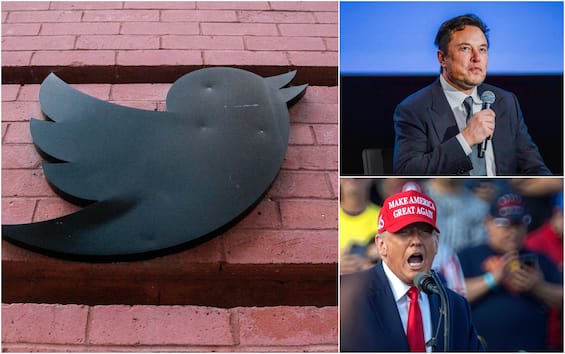 Relying on user votes, Elon Musk decided to readmit Donald Trump on Twitter after the 24-hour lightning referendum among users, with more than 15 million votes, of which 52% in favor and 48% against. “The people have spoken. Trump will be readmitted”, Musk tweeted, quoting the sentence of ancient medieval tradition “Vox Populi, Vox Dei”, to mean that popular, or commonly accepted, opinions and judgments must or can be considered true and right . Last May, before buying Twitter, Musk had already announced that he would bring back the tycoon, who had been banned from the social network after instigating the assault on the Capitol on January 6, 2021: a story for which he is still being investigated of a parliamentary committee and now also of a newly appointed special prosecutor.

The decision to kick Trump off the platform was described by Musk as “morally wrong and absolutely stupid”. The new owner of Twitter in recent days had already made the decision – with non-transparent criteria – to rehabilitate some accounts that had been suspended, such as those of Kathie Griffin, Jorden Peterson and Babylon Bee, but for the former president he preferred not to take a direct responsibility and relied on Twitter users with one of his gimmicks. The survey effectively turned the spotlight on the platform, distracting from the chaos that Musk has caused, including layoffs and mass exoduses.

Donald Trump’s official account on Twitter is visible again just a few minutes after the announcement by the new owner of the social network, Elon Musk, that he has ‘rehabilitated’ the former tycoon to chirp. The former US president’s account is stopped on January 8, 2021, a few days after the assault on Capitol Hill which cost him his suspension from the social network. At the moment Trump has not yet tweeted anything and it is not excluded that he will continue along this line.

However, Trump ice creamed Musk, excluding for now a return to twittering even before the online referendum ended, despite his account being officially visible again. “Vote positively but don’t worry, I won’t go anywhere,” he wrote on the social Truth about him calling him “special”. And in a video link to the Republican Jewish Coalition assembly, while praising Musk, he said Truth “works better” while Twitter “has a lot of problems,” “a lot of bots and fake accounts.” It remains to be seen whether in the future the tycoon will really give up the megaphone with which he shaped his presidency.