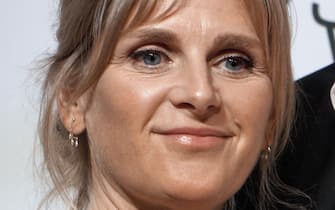 An Miller is one of the main characters of Two summers, thriller miniseries available on Netflix from June 3, also visible on Sky Q and via the app on Now Smart Stick. In the story, the Belgian actress plays Romée Tanesy who for her 50th birthday invites her group of longtime friends to an island in the South of France with whom she celebrated even as a young man.

Herwig Ilegems is the fifty-year-old version of Didier Verpoorten

Jennifer Heylen is Detective Mitonga called to investigate the case

Lukas Bulteel is the young version of Peter Van Gael

Bjarne Devolder is Didier Verpoorten as a young man

Tijmen Govaerts as Luk Van Gael (as a young man)