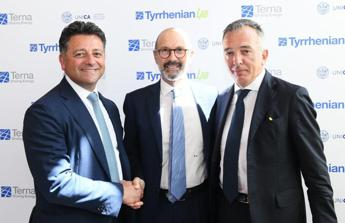 The University of Cagliari and Terna join forces to train experts in digitalisation of the electricity system for the energy transition. In the Aula magna of the rectorate of the Sardinian capital, the second level master was presented, promoted as part of the ‘Tyrrhenian lab’, which will allow 15 students to reach a high degree of specialization and then be hired in the Cagliari office of the manager of the national electricity transmission grid. “In addition to infrastructural interventions on the grids, the development of renewable energy sources and the increase in storage systems – explains Francesco Del Pizzo, Terna’s Grid Development and Dispatching Strategies Director -, the fourth enabling element to face the energy transition is represented by training of specialist skillsof people who in the future will be able to manage technologies related to dispatching and the evolution of energy markets “.


“We aim for an organic and structural investment in collaboration with institutions and territories – explains Del Pizzo to Adnkronos – our goal is a highly specialized master’s degree in digital technologies applied to the management of the electricity grid. Those selected will develop their skills and everyone will have a scholarship and Terna’s commitment to hiring – concludes Del Pizzo -. And we have the prospect of building a research and development center in the three cities involved in the project “.

The 15 students selected for the master “Digitization of the electricity system for the energy transition” in fact, they will be hired on a fixed-term basis by Terna, which is committed to implementing the ‘Tyrrhenian Link’ submarine electric cable that will connect Sicily to Campania and Sardinia, for a total of 950 kilometers of infrastructure. The Vice-Rector of Innovation and Territory of the University of Cagliari explained that those with a master’s degree or the equivalent five-year degree can participate and that the course will last 12 months with 1,500 hours of activity and 60 training credits. “A special thanks to Terna for the vision that has made it possible to identify in the growth of knowledge and research – comments Professor Fabrizio Pilo -, the way to the success of a large infrastructural investment inserted in the territory and, more generally, for the recovery and resilience of our social, economic and productive system “.

“What we are presenting is a new university degree: a master’s for which participants do not pay and sign an employment contract. They have already planned their future indefinitely “, continues the Vice Rector.” The master – which will also be repeated in the next two years – is aimed at a group of people with very different multidisciplinary skills: – explains Adnkronos – we are looking for electronic engineers , energy, IT, telecommunications, automation or environmental, but we also want economists, physicists and mathematicians. Then we choose the 15 best, but also the most suitable for working in a company like Terna. “Registration is open until 18 September.