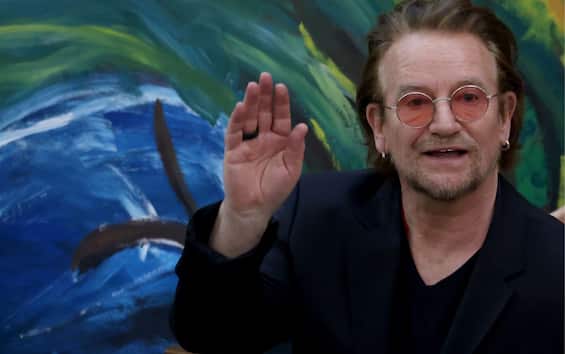 Fans of Bono Vox were surprised by a new revelation from the rock star, leader of U2 who admitted, in a recent interview, to have discovered in adulthood of theexistence of a stepbrother, son of his father. The Irish singer-songwriter spoke about the matter to the microphones of the radio show Desert Island Dics broadcast on the BBC frequencies. Speaking of his confession, the singer appeared more than relaxed since the discovery now dates back to more than twenty years ago and to date the relations with the stepbrother are more than good.

The discovery of the existence of the stepbrother in 2000

Charismatic rock star, political activist, idol of crowds, Bono Vox is a man with one family history behind delicate and complexas U2 fans will no doubt know that through some songs of the globally famous band they have reconstructed many personal stories of the singer who lost his mother when he was very young.

There discovered in 2000 of the existence of a half-brother, son of Bob Hewsonthe father of Bono, and of a woman other than the artist’s mother, must certainly have upset the Dublin rock star, struggling in those months with the disease of the parent who would soon disappear, in the summer of 2001.
The U2 leader told the story to radio host Lauren Laverne adding that he was at peace with the discovery as his was a very close family. Of course, the existence of another brother was kept secret for a long time and none of his family knew about it until shortly before his father’s death but the discovery led to the birth of a new and wonderful relationship. Bono Vox said he loves his stepbrother very much, whom he “loves and adores”, to quote him.

Bono Vox specified a few but exhaustive details on the story concerning his family life and added that his stepbrother is the son of a relationship his father had with a woman with whom he had a deep friendship. It seems that Bob Hewson explained it in simple words by explaining that he was trying to remedy what had happened, without apologizing. The U2 singer would therefore be at peace with what he learned and seems happy to have found, at some point in his life, a new member of the family. For the Irish artist, family ties have always been very important and he has never made any secret of the complicated relationship he had for decades with his father to whom he dedicated the touching Sometimes You Can’t Make It on Your Owncontained in How To Dismantle An Atomic Bomb2004 album.
The song, which was a single accompanied by a video that sees the U2 frontman retrace the streets of his childhood in his hometown, has won several awards and remains a very emotional moment of the Irish band’s lives.