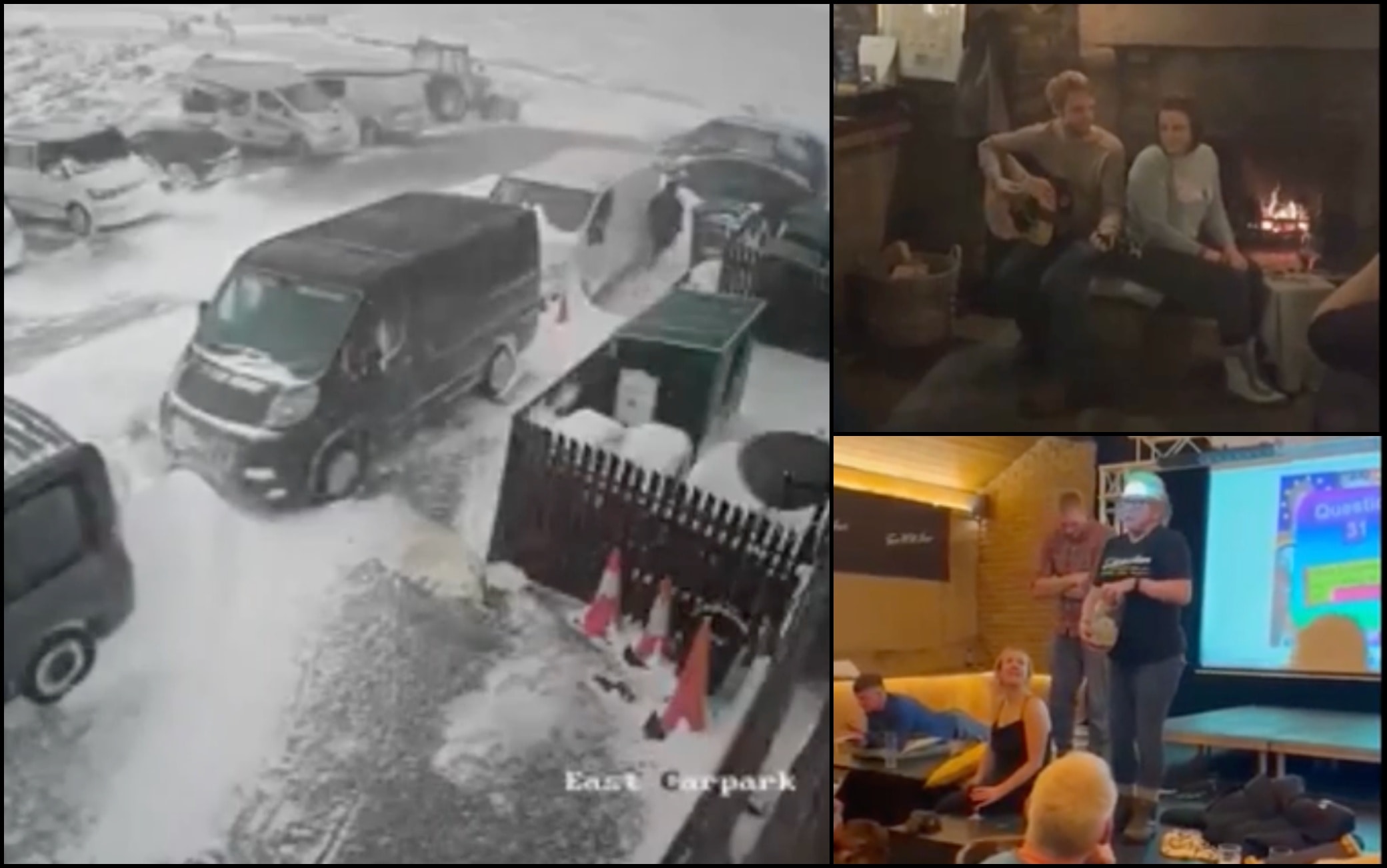 More than sixty people were stranded for three nights in a pub in England due to a snowstorm that hit the north of the country. Dozens of Oasis fans on Friday gathered at the Tan Hill Inn, the highest in England (located at 528 meters above sea level), located in the Dales National Park, Yorkshire, a hundred kilometers north of Leeds. During the concert of an Oasis cover band, however, the storm Arwen caused power outages, falling trees and inconvenience to transport with the main motorway, the M1, closed to the north. Furthermore, a meter of snow blocked the entrance to the venue, effectively imprisoning customers, staff and musicians.

The “imprisonment” becomes a weekend out of town

The 61 patrons were therefore forced to spend two whole days and three nights in the English pub, “consoling themselves” with music, beers and a burning fireplace. There was no shortage of films such as Grease And Oh Mama! and the quiz challenges that are often held in English pubs. They took turns sleeping on makeshift beds or in the rooms that the pub leases. But none of them panicked. Everyone confidently awaited the arrival of help, who managed to reach the town on Monday 29 November. “Some have bonded so much that they have decided to meet here once a year,” said Nicola Townsend, manager of the pub, who documented the days of confinement by posting videos and photos on his club’s Facebook page.