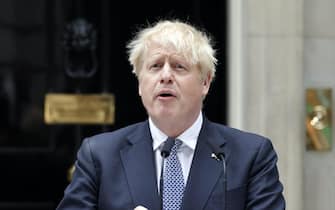 Boris Johnson left leadership of the Tories, after the controversy over the Pincher scandal. He will remain prime minister until the choice of a successor to lead the majority party in internal elections that must lead to the arrival of a new tenant (or tenant) in Downing Street

WATCH THE VIDEO: Boris Johnson: “I will respect conservative wishes”

But who are the candidates for the succession to the leadership of the British Conservative Party? Some names have started to circulate. One is that of the foreign minister Liz Truss who has launched an appeal for “calm and unity” which suggests his possible candidacy

“The government – tweeted the Foreign Office owner – under the leadership of Boris has achieved many positive results, on Brexit, on vaccines (anti Covid), on support for Ukraine. We must now maintain the calm and unity to continue to lead the country when a new leader (Tory) is identified ”

Boris Johnson, the British Prime Minister between scandals and resignation

Then there is the newly appointed Chancellor of the Exchequer Nadhim Zahawi, who like Johnson was not born in Britain. Zahawi, who was the minister for anti-Covid vaccinations, defended Johnson sharply over the partygate scandal but this morning, when there were already over 50 ministers and collaborators who resigned, he also urged the premier to take a step backwards

Boris Johnson: “I resign, but I didn’t want to. There must be a new Tory leader “

Another name is that of his Majesty’s Attorney General, Suella Bravermanwho has been a staunch supporter of Brexit: she has already announced on television her intention to run for the leadership of the Tories

Boris Johnson, from watermelons to vaccines: his most famous faux pas

Another possible successor is Sajid Javidwho in 2019 has already participated in the competition to win the leadership of the party: the former Minister of Health was the first member of the government to resign over the Pincher scandal