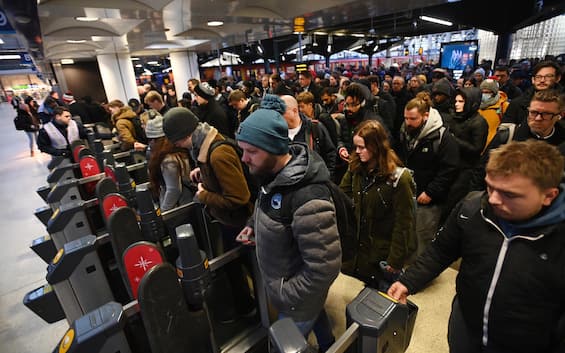 An exodus of more than half a million people from the UK workforce since the Covid pandemic is putting the economy at risk of weaker growth and persistently higher inflation, a report from the House Economic Affairs Committee finds of the Lords. The sharp increase in economic inactivity – when working-age adults are neither in employment nor looking for work – since the onset of the health emergency is posing “serious challenges” to the economy, the report reads. Against a backdrop of severe staff shortages across the country, early retirement among 50- to 64-year-olds has been the biggest contributor to an increase in economic inactivity of 565,000 workers since the start of the pandemic.

Rising rates of sickness among working-age adults, as well as changes in the pattern of migration following Brexit and the UK’s aging population have also been key factors behind the increase in the ‘missing’ workforce, states the Lords report. The risk is that this will damage economic growth in the short term, also reducing the tax revenues available to finance public services.

Inflation has slowed down

Falling labor supply could also increase inflationary pressure, as employers compete for fewer available workers by raising wages. Inflation slowed from a peak of over 11% in October to 10.7% in November, still among the highest rates since the early 1980s. Average UK wage growth strengthened to about 6 % in recent months, although it remains significantly below inflation.

Reflecting on the risks to the economy, the chancellor, Jeremy Hunt, used last month’s autumn statement to launch a review of labor force participation, which is due to conclude early next year. Lord Bridges of Headley, chairman of the Lords’ Economic Affairs Committee, said: “Taken together these results are, as at mid-winter, bleak. Increased economic inactivity makes inflation more difficult to control, hurts growth and puts pressure on already strained public finances. According to Headley “it is crucial that the government does more to understand the causes of the increase in inactivity and whether this trend is likely to persist”.