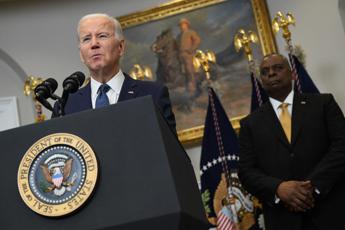 The president’s announcement: “We will start training as soon as possible, they are the most powerful tanks in the world”

“The United States will send 31 Abrams tanks to Ukraine, “the equivalent of a Ukrainian battalion. It is a very important thing because it will strengthen the army’s ability to defend its territory”. This was announced by President Joe Biden, underlining that the Abrams are “the most powerful tanks in the world” and their supply “will strengthen Kiev’s ability to defend its territory and allow it to achieve its strategic objectives”.

Biden then specified that the United States will begin training the Ukrainian army in the use of these means “as soon as possible”, underlining that “it will take time” before the tanks are deployed on the battlefield.

”Germany didn’t force me to change my mind. We wanted to make sure we were all together,” Biden specified, referring to the sending of Leopard tanks by Berlin. “Germany has really stepped forward. The chancellor has spoken out in a very strong voice for unity.”

“Russia expected us to split” and instead “we are fully, totally and completely united. We remain united and determined as always in our conviction and in our cause,” added Biden.