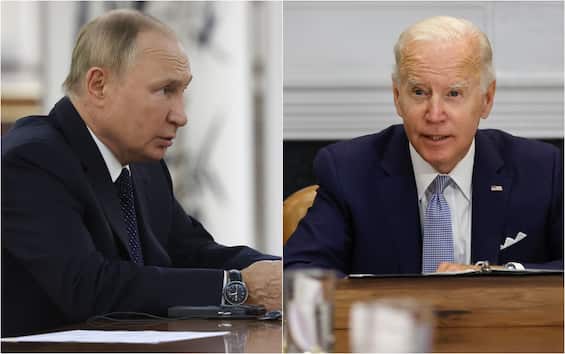 US President Joe Biden has warned his Russian counterpart Vladmir Putin about the war in Ukraine and the use of nuclear or chemical weapons. “Don’t do it, don’t do it. If you did, the face of war would change,” Biden said in an interview with 60 Minutes, of which extracts have been circulated. The US president did not go into the details of what the US response could be: “It would be consequential”, however, he specified. If the Kremlin decides to use chemical or nuclear weapons it would become “even more equal in the world” (LIVE UPDATES) .

Meanwhile, yesterday Vladimir Putin closed the two-day summit in Samarkand without showing – at least officially – any second thoughts on the war in Ukraine. Moscow, he said, “is in no hurry” to reach his goals, which remain unaltered. And “no fixes” will be brought to the master plan. A decision reaffirmed despite the summit meetings, held on the sidelines of the summit of the Shanghai Cooperation Organization (SCO), had revealed the discontent of other countries, primarily China, which in the crisis sees a danger of destabilization for the region and a possible obstacle to initiatives to expand its economic influence.

Putin himself acknowledged Chinese “concerns” in Thursday’s meeting with President Xi Jinping, the first since February 24. And he did the same on the last day of the summit meeting Narendra Modi, with the Indian Prime Minister who addressed him with these words: “Your Excellency, today is not the time for war”. The message delivered by Recep Tayyip Erdogan, who also had a face to face with Putin, is identical: the Ukrainian conflict must end “as soon as possible”, said the Turkish president. This is exactly what Russia also wants, was the response of the Kremlin leader, but Kiev “refuses the negotiations”.

In the evening, however, Putin reiterated that the Russian campaign will continue despite the Ukrainian counter-offensive, liquidated with a few words: “We’ll see how it ends”. Moscow has so far given a contained response to Kiev’s “attempts to damage infrastructure” on Russian soil, including “terrorist attacks on nuclear power plants”. But if they continue, the reaction “will be more serious”. Above all, Putin reiterated his firm belief in the need to start the Ukrainian campaign for the salvation of Russia itself. “For decades,” he said, the West has cultivated the idea of ​​”a collapse of Russia”. Moscow, therefore, had to launch a military operation to prevent the creation of an enclave in Ukraine “to be used to shake” Russia itself.