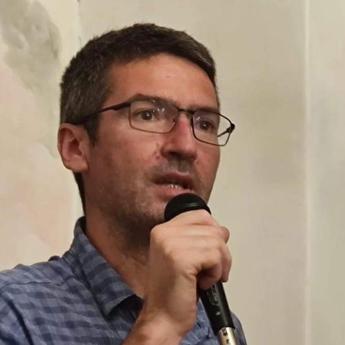 ‘The political aspect of the affair is instead rending, reprisals against pro-Russians’

“In the overall view of the conflict, the Ukrainian advance in Kharkiv, a region of southern Ukraine that has been the scene of a counter-offensive by the Kiev forces for days, has no weight”. This was stated to Adnkronos by Alberto Fazolo, a journalist whose name appeared in an article in Corriere della Sera on the ‘Putinians’ in Italy in June, recognizing that the Russian one was a real “retreat”, which has pushed back the forces of Moscow by tens of kilometers, leaving many places unguarded which, however, “do not have great strategic value”.


“On the other hand, the political aspect of this affair is tearing itself apart”, Fazolo underlines, highlighting the “insecurity” that all the pro-Russian inhabitants of the liberated areas are facing. “Heavy reprisals and indiscriminate arrests by the Ukrainian side are underway”, explains the journalist, according to which it is not easy for Ukraine to maintain control of these territories. “Kiev has fielded 50 thousand men for the offensive in Kharkiv, 5 thousand have already died and continue to lose one thousand a day,” says Fazolo.

According to the journalist, one aspect of the offensive in Kharkiv is that it can change the overall conduct of the war, “which is partly anomalous because Russia is not using either artillery or air force to avoid civilian casualties and in fact is the first conflict in which the number of dead soldiers is higher than that of civilians “.

Moscow’s response to the offensive, with a series of air raids against the country’s electricity infrastructure – observes Fazolo – was a warning to make Kiev understand that from now on it can change Russia’s way of conducting this war. “A change of gear that is also required by Russian public opinion”, but this “widespread feeling of unhappiness that is growing in the country I do not think could jeopardize the Russian establishment”, points out the journalist, according to which “in Russia c ‘is the culture of squaring up in the face of difficulties and postponing the analysis of problems to a later stage “.

Meanwhile, President Putin is preparing for his first face to face with the Chinese leader, Xi Jinping, since the beginning of the war, on the sidelines of the Shanghai Cooperation Organization (SCO) summit in Uzbekistan. “China is actually already doing a lot, preventing the conflict from spreading to a real world war. It is only thanks to Beijing’s strong nerves that a war has not broken out in Taiwan – concludes Fazolo – It should not be underestimated that the China and Russia have defined a new world strategic pole, perhaps superior to the Western one “.