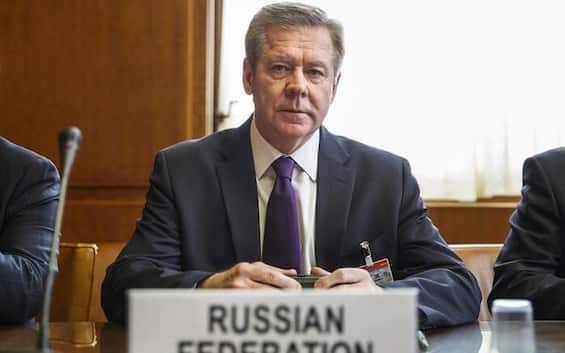 Gennady Gatilov, Russia’s representative to the UN in Geneva, rules out a diplomatic solution to end the war in Ukraine and says Moscow expects a protracted conflict. Speaking with the Financial Times, Gatilov also ruled out direct talks between Putin and Zelensky. “Right now I don’t see any possibility of diplomatic contacts and the more the war goes on, the more difficult it will be to resolve it diplomatically,” he added. His words reaffirm and confirm the Russian regime’s refusal to take any negotiations on peace in Ukraine seriously. This week will be six months into the Russian invasion and according to many commentators the main obstacle to a diplomatic solution continues to be the refusal of the Russian government to negotiate (WAR IN UKRAINE, REAL-TIME UPDATES).

Moscow and Kiev, according to Gatilov’s version, were “very close” to an agreement during the negotiations in April, but the United States and NATO pushed Ukraine to abandon the talks. The diplomat’s words therefore seem to extinguish the hopes of those who hoped that the agreement reached between the parties to allow the departures of grain loads from Ukraine could serve as a basis for a broader peace negotiation. Also according to the diplomat, the politicization of the war has “damaged the authority of the UN and its organizations.” Consequently, it is unable to act effectively as a mediator “, he concluded.