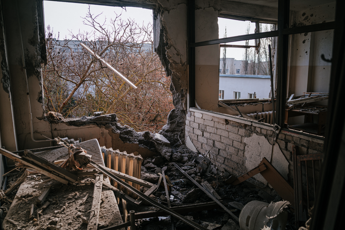 The complaint: “The ceasefire for Orthodox Christmas has been violated”. Moscow rejects the accusations: “Truce broken by you”

Russia violates the ceasefire. This was denounced by the deputy head of the Ukrainian presidential administration, Kyrylo Tymoshenko, on Telegram giving news of Russian bombing of Kramatorsk and Kherson despite “the 36-hour ceasefire ordered by Putin for the Orthodox Christmas”. “Kramatorsk was hit twice with rockets destroying an apartment building” he writes. Shortly before the truce began, he adds, “at least they were recorded four explosions in Kherson with dead and wounded“.

Russian forces opened fire 14 times in Luhansk in the first three hours of the ceasefire unilateral announced by Putin, denounced the Ukrainian governor. Russian forces also tried to raid one of the region’s liberated villages, he added.

A ceasefire that of President Putin, described as “a primitive and cynical deception” by the adviser to the Ukrainian president, Mykhailo Podolyak. Yesterday Podolyak replied to Moscow’s announcement, specifying that Kiev would not join the 36-hour truce.

FLY – On the violation of the truce is exchange of accusations with between the Russians and the Ukrainians. The Russian Defense Ministry denounces that it was the forces of Kiev that continued to bomb the settlements and military positions, even after the introduction of the ceasefire by Russia. “Despite the respect of the ceasefire by the Russian forces today, January 6, from 12 noon Moscow time, the Kiev regime continued to bomb settlements and positions of Russian troops,” said the spokesman, Igor Konashenkov.

WEAPONS FROM GERMANY – Russia condemns Germany’s decision to supply Marder infantry fighting equipment to Ukraine, calling it a pro-escalation move and morally incorrect. A “moral line has been crossed,” the Russian embassy in Berlin said.