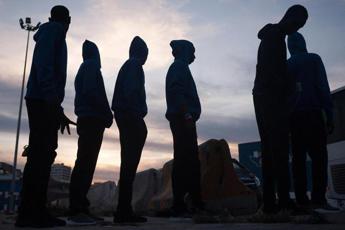 The three Tajik soldiers responsible for the massacre in the Soloti barracks in Belgorod are not the only recruits of non-Russian ethnicity. Their mobilization is the result of a policy that specifically targets migrants residing in Russia.

The three Tajik soldiers responsible for the massacre in the Soloti barracks in Belgorod are not the only recruits of non-Russian ethnicity. Their mobilization is the result of a policy that specifically targets migrants residing in Russia. On September 20, on the eve of Vladimir Putin’s announcement of the partial mobilization, the mayor of Moscow Sergei Sobyanin had already ready the news of the “opening of a branch at the Sakharovo migrant center to assist the Ministry of Defense. to organize the entry into military service of foreigners “.


The choice is to mobilize, especially in large cities such as Moscow and St. Petersburg, the weakest workers, immigrants from Central Asian countries (Tajikistan, Uzbekistan and Kyrgyzstan), both those who have already obtained citizenship, therefore Russians and recruitable in all respects, both those who are still looking for it, who can be promised a passport with an accelerated and simplified procedure in exchange for mobilization “with the armed forces or in other forces or military formations”, therefore the separatist militias or Wagner, as stated in a bill under examination in the Duma.

A policy, the Russian one, which had foreseen the Institute for the Study of War in Washington. To be recruited “disproportionately”, wrote an analyst of the American think tank, will be “migrants and people of non-Russian ethnicity”, together with the inhabitants of the poorest regions of the Federation, such as Buriatia. Kremlin Human Rights Council exponent Kirill Kabanov has proposed that military service be made compulsory for migrants who have received Russian citizenship over the past decade, threatening the confiscation of their Russian passport if they do not accept the be mobilized.

For the hundreds of thousands of migrants arriving in Russia from Central Asian countries who have managed to obtain dual citizenship in recent years after the announcement of the mobilization, the difficult choice is between returning home, without work and money, joining the flow more affluent Russians on the run, or risk being recruited and sent to the front in Ukraine.

Every year, hundreds of thousands of citizens of Central Asian countries emigrate to large Russian cities to work, especially in construction or other heavy work that Russians no longer want to do. In the second quarter of this year, it was 1.54 million.

Russia and Tajikistan, for example, agreed on the possibility of maintaining dual citizenship in the mid-1990s. Recently, Moscow has facilitated the granting of citizenship to compensate for demographic and workforce decline. In 2021 alone, more than 103,000 Tajiks obtained it, compared to about 5,000 a year until 2017. Also last year, more than three million Tajiks registered in Russia, most of them for work.

The situation is more complex for the one million Kyrgyz people in Russia, half of whom have dual citizenship. The embassy has issued a notice stating that those who have the two passports when residing in Russia are considered a full-fledged Russian citizen and therefore can be sent to the front. Although a few hours after Putin’s announcement on 21 September, he had issued a note in which he explained that those who fought in a foreign country were to be considered mercenaries and therefore risked a sentence, in Kyrgyzstan, of up to ten years in prison (the same made the Uzbek attorney general). The contradiction was resolved on the 23rd. A spokeswoman for the diplomatic office said that “according to the Russian feral law on migration, Kyrgyz citizens who have also obtained Russian citizenship are considered only Russian citizens”.

Rashid, of Tajik origin like the three perpetrators of the Belgorod barracks massacre, is one of the migrants caught between two difficult choices. “Our life here is relatively comfortable, despite the racism and corruption. If I go back to Tajikistan, I should go and live with my parents. But I’m afraid of being sent to war. I really don’t know what to do,” he explained in one letter. interview with Radio Free Europe the young man, who since 2019 has resided with his wife and newborn son in Kazan, where he had graduated in computer science two years earlier. As soon as he graduated he had tried to go home, but had not found a job compatible with his degree. And he was reduced to working in a mobile phone shop for the equivalent of 90 euros a month.

A 28-year-old compatriot of his, a few hours after being recalled for the recruit, fled, along with several other Tajiks in his same condition, to Kazakhstan and from here to Tajikistan. He now he fears of losing his citizenship, as well as the possibility of “a better future”. But the risk of a ten-year prison sentence also hangs on those who flee in Russia.

Furqat Aminjonov, 34, a worker, received a residence permit, the first passport step, last month. Together with him, his family of four. “On the one hand I want to receive a passport, which is so important especially for my children. On the other hand, I am afraid of being sent to war in Ukraine as soon as they give it to me.”

The Kyrgyz people residing in Russia “are seized by panic, especially young people”, said the entrepreneur and leader of the Kyrgyz community in Russia, Azamat Adylgaziev, specifying that many of those who leave the country are those who have already obtained the Russian passport (about 500 thousand). For others, the offer of mobilization in exchange for citizenship is an offer to consider.

Former Kyrgyz Premier, Feliks Kulov, has asked the government to act to help 500,000 compatriots already in possession of a Russian passport and therefore at risk of being mobilized. Kyrgyzstan does not recognize dual citizenship, as well as Uzbekistan, even six in fact many manage to keep the two passports. Tajikistan recalled, in a statement, the “criminal responsibility” for citizens who participate in military activities abroad, as the Uzbek Attorney General did.

Meanwhile, Tajik and Kyrgyz victims in combat in Ukraine are already many, even if it is difficult to quantify them. Recently, two Uzbeks residing in Moscow were captured by Ukrainians while fighting in Russian uniforms in the Kharkiv region. Two of the three Tajiks that Belgorod had opened fire and caused a massacre among the Russians were killed on Saturday. The President of Tajikistan, Emomali Rahmon had recently complained, speaking with Putin in Astana, the lack of respect for the countries of Central Asia by the Russian President, asking for investments from Moscow also for the work done, he said, by all emigrants. The video of his speech has been viewed 4 million times on social media. Perhaps also by the three perpetrators of the massacre. .