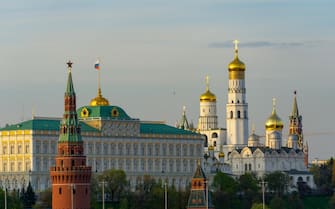 Fly prepares to respond to what he defines the “growing military threats“Of the West: applications for entry into the Born from Sweden and Finland on the one hand and the maneuvers, already underway, of the Atlantic Alliance under American leadership. Meanwhile, the Kremlin continues to exploit its energy influence. From today, Russian gas no longer arrives in Helsinki, as confirmed by the Finnish state energy company Gasum. A confirmation also came from Gazprom

WATCH THE VIDEO: Russia considers withdrawing from WHO and WTO

THE MILITARIZATION OPERATIONS – In Russia, by the end of the year, they will be deployed 2 thousand new “modern weapons and vehicles“, Will enter service 20 new ships from war and 12 new military bases will be created in the Military District of Western Russiaexplained Russian Defense Minister Sergei Shoigu (pictured), quoted by Interfax

The western borders of the Russian Federation are thus preparing for further militarization, despite President Vladimir Putin in the past few days had said to do not be worried – for the moment – due to the changes in the geopolitical equilibrium determined by the impulses of Sweden and Finland towards NATO

If Putin had assured that Moscow would adopt countermeasures only after having seen which bases and weapons systems NATO would have deployed in the Finnish and Swedish territories, according to Shoigu, it is instead urgent to act. Also because, he says, the United States and allied countries are carrying on maneuvers on the Russian borders involving 40 thousand soldiers”

Sweden and Finland in NATO: what would change at the military level

Shoigu recalls how Washington has increased their flights by 15 times over the past eight years strategic bombers in Europe“. To worry the Minister of Defense there are the missions of the American ships which, since the beginning of 2022, have been organized in the Balticapproaching the Russian exclave of Kaliningrad (in the photo, an archive image of the US Navy ship ‘Whitney’)

The symbolic images of the conflict between Russia and Ukraine

CYBER-WAR – Another front on which the United States and Western countries would be moving to strike Russia is that of cyber-warfare. It was Putin himself, in a speech to the National Security Council, who spoke of a “growing” number of attacks since the war in Ukraine began. However, the Russian president stressed that the attacks failed – just like “sanctions in general” – because “we were prepared”. From 2025, Moscow will ban “using foreign systems for information protection”

STOP GAS FINLAND – As already happened with Poland and BulgariaMoscow then announced that they are already coming today gas supplies were interrupted towards the Finland. Helsinki has not accepted the payment system that provides for conversion to rubles of the sums paid in dollars or euros to the Gazprom. “Supplies to Finland under Gasum’s supply contract have been stopped,” the Finnish state-owned company said in a statement. The gas will now be supplied from other sources through the Balticconnector pipeline connecting Finland to Estonia

“Here we are get ready carefully to this situation and we will be able to supply gas to all our customers in the coming months “, assured the CEO of the Finnish company. GasumMika Wiljanen

RUSSIA, UNITED STATES AND WEAPONS – The alert remains high also for arms supplies Westerners toUkraine. Kremlin spokesman Dmitry Peskov (pictured) said Moscow reserves the right to adopt “preventive measures“, also for the possible delivery from the USA to Kiev of Harpoon anti-ship missileshypothesized by government sources and the American Congress in statements to the Reuters

The United States would then be spreading “fake news“Onreliability of weapons used by the Moscow army in Ukraine in an attempt to boycott Russian sales on the international market. The accusation comes from Alexander Mikheyev, CEO of Rosoboronexport, a company that manages Russian exports in the defense sector. According to Mikheyev, however, the disinformation campaign set up by Washington is not working: Moscow’s order book for arms – he assures – is still valid 50 billion dollars