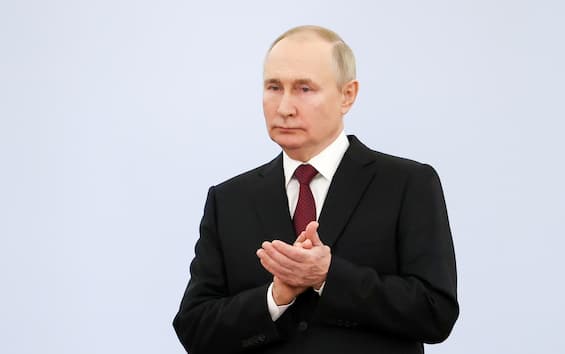 Russia is ready to negotiate with all parties involved in the war in Ukraine. This was stated by President Vladimir Putin, accusing Kiev and its Western allies of “refusing” to negotiate. The Guardian reports it. Speaking in an interview on state television Rossiya 1, Putin said: “We are ready to negotiate with all involved on acceptable solutions, but it depends on them: we are not the ones who refuse to negotiate.” “Putin needs to get back to reality. Russia single-handedly attacked Ukraine and is killing civilians. Russia does not want negotiations, but is trying to avoid its responsibilities. This is obvious, so we are moving towards the Tribunal” . The Ukrainian presidential adviser Mykhailo Podolyak (WAR IN UKRAINE, THE SKY TG24 SPECIAL) replied on Twitter.

“The West wants to divide Russia”

The West is trying to “divide” Russia into Ukraine. Putin added, after more than ten months of military offensive by the Kremlin against his neighbor. “Everything is based on the policy of our geopolitical adversaries, who aim to divide Russia, historical Russia”, Putin denounced in an interview, an extract of which was broadcast on Russian television, assuring that the “goal” of Moscow was “much more: to unite the Russian people”. The Russian president then said he was “100% sure” that Russia would destroy US Patriot missiles sent to Ukraine