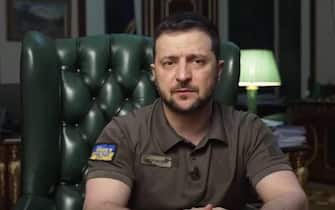 In one of his latest video messages, Ukrainian President Volodymyr Zelensky once again asked the West to send new weapons in the face of the intensification of the fighting in Donbass: “We need the help of our partners and especially arms for Ukraine. A complete help, without exceptions, without limits, that is enough to win ”

Part of this territory was already under the Russian control before the war, but now Moscow is trying to consolidate its achievements after the surrender of the barricaded soldiers a Mariupolwhich marked the end of the Ukrainian resistance in that city

From cartoons to schools: how Mariupol is “Russifying”

In the last few hours, Ukrainian general Oleksiy Gromov said that Russia has the advantage in the oblast of Luhanks but they are doing “everything possible”. Governor Sergiy Gaiday instead spoke of a “colossal amount of bombingAnd said his impression is that Russia wants to conquer this territory at any cost. For this, “the next few weeks will be decisive”

One of the cities most under attack at the moment is Severodonetsk. A Ukrainian military commander told the Bbc that there are attacks 24 hours a day while Oleksandr Striuk, head of the military administration in the city, reported that the bombing has been going on non-stop for more than a week and that about the 90% of homes of the city was damaged

Crimea, Ukraine loses the Sea of ​​Azov. It is fought in Donbass

Striuk also explained that they are still in town today 12-13 thousand peoplemany of which have taken refuge in the basements. This is about a tenth of those who lived here before the war. The fear is that in Severodonetsk it may repeat what we saw in Mariupol and that their conditions are getting worse and worse

The fighting, however, also continues in Donetsk and in the last few hours it seems that Lyman largely came under Russian control

In the oblast, and precisely in the territories of the self-proclaimed People’s Republic of Donetsk, there are also military that until a few days ago had remained barricaded in the Azovstal steel plant in Mariupol. This was reported by the leader of the separatists Denis Pushilin (pictured) without giving further details on their future, which remains uncertain

Lugansk’s ambassador to Russia, Rodion Miroshnik, said there are approx eight thousand Ukrainian prisoners of war held in the self-proclaimed Republics of Donbass and that “literally hundreds are added every day”

The future of the Donbass could be one of the issues at the center of the negotiations between the parties, once they resume. Italy has presented its strategy to achieve peace, but the road to achieving this goal still seems long. The Foreign Minister Sergei Lavrov (pictured) among other things, he complained that no one has shown Russia anything about this initiative