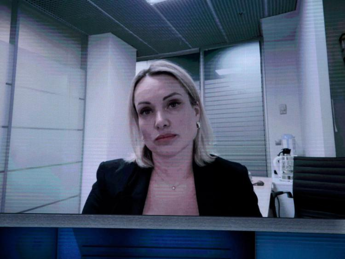 The Russian security forces broke into the home of the Moscow journalist Marina Ovsyannikova, who became famous all over the world for having exhibited a sign with a slogans condemning the Russian war behind a colleague who was engaged in a live broadcast on Russian state television last March. in Ukraine. The men of the security services – the lawyer Dmitry Zakhvatov, of the civil rights group OVD-Info said today – entered the reporter’s home without waiting for the arrival of Ovsyannikova’s legal consultant.


The journalist has already been sentenced to pay several heavy fines for her criticism of Putin’s war in Ukraine and now the searches could be linked, according to Zakhvatov, to the recent protest that saw her wave a sign reading ‘Putin is a murderer. , his fascist soldiers’ in central Moscow, not far from the Kremlin.

Under a new law passed in Russia, any act or declaration that could discredit the Russian armed forces can be punished with imprisonment for up to 15 years. After the protest in March, with which she had exhibited the sign with the words “Stop the war. Don’t believe the propaganda. They are deceiving you”, the journalist had moved abroad for a short time and had worked for the German newspaper. ‘Die Welt’.