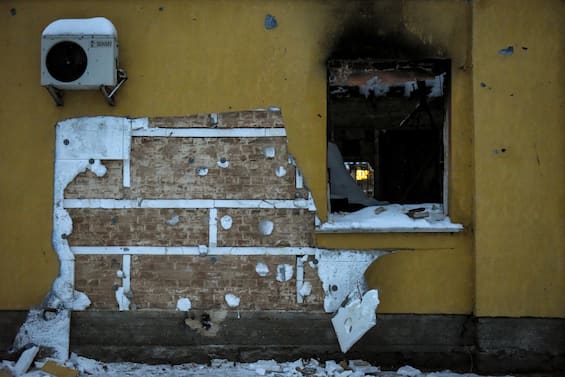 They tried to steal one of the five murals that the famous and mysterious British street artist Banksy left in the suburbs of Kiev bombed by the Russians. Eight of them were blocked and placed in custody in the town of Gostomel, in the oblast of the Ukrainian capital, due to the intervention of the police who recovered the work, depicting a woman with curlers, a fire extinguisher in her hands and face covered with a gas mask. (WAR IN UKRAINE, FOLLOW LIVE UPDATES).

The work was not damaged

“A group of people tried to steal a mural by Banksy. They detached the work from the wall of a house destroyed by the Russians,” explained the governor of Kiev, Oleksiy Kuleba, in a post on Telegram, attaching an image of the piece of missing wall where the work was carried out. “Some people were arrested on the spot. The work is in good condition and is in the hands of the authorities,” he added. The police chief of Kiev, Andriy Nebitov, specified that “eight people have been identified” as possible perpetrators of the theft attempt and that an investigation is underway. “These are all people between 27 and 60 years of age, residents of Kiev and Cherkasy”, which is located 200 kilometers southeast of the capital. Banksy released video of his artwork in Ukraine last month, with the artwork showing people going about daily activities on bomb-ravaged buildings in Ukraine.