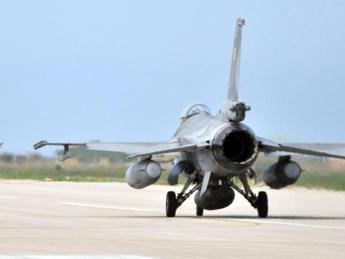 Sullivan: “We are trying to define our military assistance to the immediate and particular needs of the battlefield.”

In the aid package that the United States is defining for Ukraine, there will be new air defense systemsNational Security Advisor Jake confirmed Sullivanon the sidelines of the G7 in Germany.


“I can tell you that we are in the process of defining an aid package that includes advanced air defense capabilities,” Sullivan said. “As Joe Biden announced to Volodymir Zelensky, we intend to define a package including advanced medium and long range defense capabilitiesto be allocated to the Ukrainians, along with other urgently needed equipment, including ammunition for artillery and radar systems against batteries“.

Zelensky he talked about yesterday’s missile attacks on Kiev and told G7 leaders that it needs “other air defense capabilities that can shoot down missiles in the sky“. With Zelensky – said Sullivan -” sensitive issues were discussed in detail. “” It was a real interview on strategy“

“We are now trying to define – said the US Security Advisor – our military assistance to Ukraine’s immediate and particular needs on the battlefield, when we talk about it “.

Zelensky wants a short warSullivan reported. “He believes that a protracted conflict is not in the interest of Ukrainians for obvious reasons. So he wants his military and those in the West who support his military to do their utmost in the coming months to put Ukraine in the best possible position.”