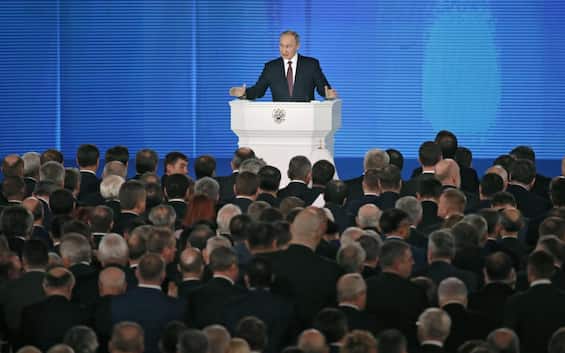 Russia will continue to improve the combat readiness of nuclear forces. Russian President Vladimir Putin reiterated this during his speech to the Defense Council, indicating the military objectives for 2023. Putin clarified once again that “the objectives of the special operation will be achieved” and “security will be guaranteed in all Russian territories”, ordering at the same time to increase the combat capabilities of the Aerospace Forces. (WAR IN UKRAINE. THE SPECIAL – LIVE UPDATES)

Moscow will soon deploy Sarmat intercontinental ballistic missiles, added the Russian leader a few hours after the expected announcement by US President Joe Biden of Washington’s green light for sending the Patriots to Kiev. The Sarmat is considered the flagship of Russia’s new military programs. Finally, Putin explained again, the new Zircon hypersonic cruise missile will be included in the Moscow fleet in early January.

Naval bases in Mariupol and Berdiansk

But Russia does not stop there in its indirect response to the visit of Ukrainian President Volodymyr Zelensky to Washington. Moscow will in fact establish naval bases in Mariupol and Berdiansk, both cities in occupied Ukraine, as explained by Russian Defense Minister Seghiei Shoigu. “The ports of Berdiansk and Mariupol are fully functional. We plan to establish bases for support vessels, emergency rescue services and naval ship repair units,” Shoigu said in exposing the his report on the Ukrainian conflict to Putin.