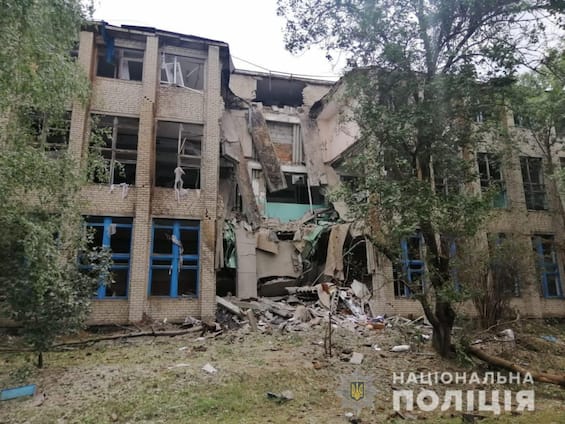 Today in Lviv in Ukraine the summit between Zelensky, Erdogan and Guterres. Meanwhile, China announces the sending of troops to Russia for joint exercises: “No link with the current international and regional situation”, specifies Beijing. Meanwhile, Fitch raises Ukraine’s rating to CC. Tensions between Serbia and Kosovo: Borrell receives leaders Vucic and Kurti in Brussels today

Italian foreign fighters: who they are and for whom they fight

07:15 – The investigations against Kevin Chiappalone return to talk about the fighters who voluntarily decide to support the conflicts of other countries in the first person. Against Moscow, like Chiappalone, there is also Giulia Schiff, renamed Jasmine. Other compatriots are instead among the ranks of the anti-Kiev militias.

07:00 – According to the Institute for the Study of War, the Russians are also using unconventional weapons. For example, they send text messages on the personal phones of the Ukrainian military inviting them to surrender or to desert and flee. Messages on social media are also widely used. Moscow uses each soldier’s location information to gauge threats, personal or directed at their respective families. THE FOCUS

06:45 – Unicef’s humanitarian cash assistance program has reached more than 350,000 children in Ukraine. The “Spilno” program, launched on 31 March 2022 together with the Ministry of Social Policies, was created to meet the needs of families with children, who are among the most vulnerable groups in Ukraine. Since then, UNICEF has distributed $ 125 million and reached 350,000 children, including 35,000 minors with disabilities, living in 120,000 families.

06:30 – A meeting between UN Secretary General Guterres, Ukrainian President Zelensky and Turkish President Erdogan is scheduled for today in Lviv.