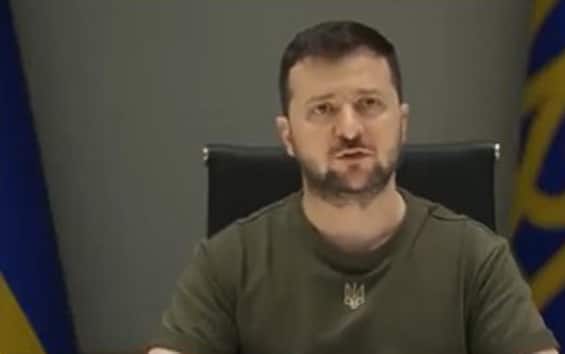 He is ready to consider the legalization of “civil unions” between persons of the same sex, but not to change in wartime the definition of marriage as a union between a man and a woman as expressed in the Constitution. Ukrainian President Volodymyr Zelensky made these statements in response to a popular online petition on same-sex marriages which, launched in June and signed by over 28,000 people, is receiving widespread support in the country. The New York Times broke the news. Zelensky added that under martial law, which the country has lived under since it was invaded by Russia, the Constitution cannot be changed. However, the Ukrainian government has already prepared some options to legalize registered partnerships in the future, he added. In the modern world – he continued – a country demonstrates its democratic values ​​by ensuring equal rights for all (UKRAINE, ALL THE UPDATES – THE SPECIAL).

Ukraine does not currently recognize the right to marry for same-sex couples, nor does it have a statute allowing them to enter into civil unions. Demands to grant these couples equal rights have also increased following the deaths of LGBTQ soldiers in battle to defend the country from Russian invasion. In fact, the Ukrainian Ministry of Defense has an obligation to inform the parents and spouse or other close relatives of a soldier who is killed. But these rules don’t apply to same-sex couples. In Ukraine, homosexuals do not have the right to visit their hospitalized partner, to share property, to care for the children of a deceased partner, to reclaim the body of a partner killed in the war, or to collect health benefits from the state. death. The petition urging Zelensky to uphold the marriage rights of same-sex couples was initiated by Anastasia Sovenko, 24, an English teacher from Zaporizhzhia who identifies as bisexual.