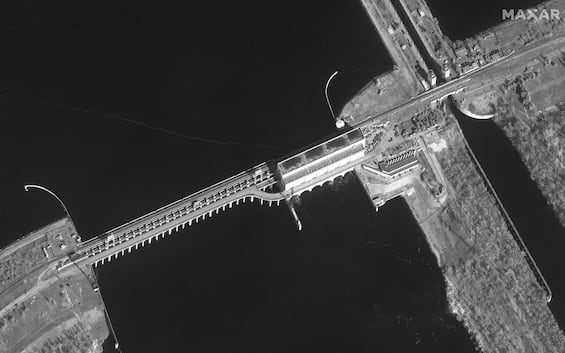 Any attempt by Russian forces to blow up the dam of the Kakhovka hydroelectric power plant, flooding Ukrainian territory and drying up the Zaporizhzhia nuclear power plant, will mean that Moscow is “declaring war on the whole world”, President Volodymyr Zelensky said. as reported by the Kyiv Independent. According to military analysts, Russia could try to demolish the plant to cover its withdrawal and “prevent Ukrainian forces from pursuing Russian forces deep into the Kherson Oblast”. The plant has been at the center in recent weeks of exchanges of allegations of attacks between Moscow and Kiev (UKRAINE, LIVE UPDATES ON THE CONFLICT).

Russian unit “blown up” in Kakhovka

Kherson regional councilor Sergiy Khlan said in the morning that a large Russian unit was blown up in Kakhovka, where the dam of the power plant is located. “A large number of occupants were hit in Kakhovka,” said Khlanm, noting that the attack was launched by Russian forces stationed in a hospital center, as reported by Ukrinform.