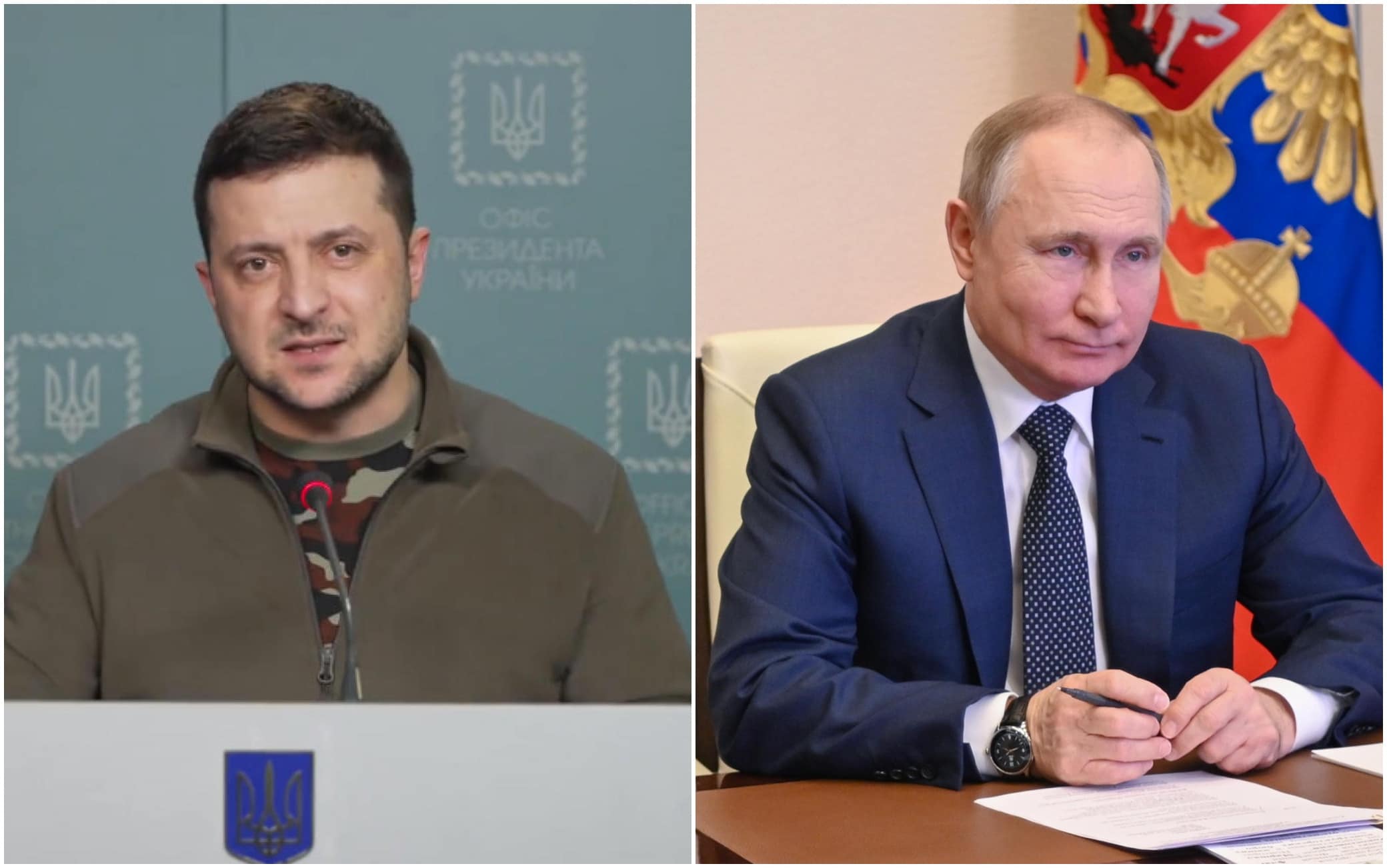 The goal is to stop the Russian invasion, but Ukraine does not accept ultimatums. This was said by President Volodymyr Zelensky who, interviewed by the Abc, asked his Russian counterpart Vladimir Putin to get out of his “bubble” and allow “dialogue”. Responding to a question about Moscow’s proposal to stop the offensive if the Kiev government renounces NATO membership, recognizes Crimea as Russian territory and recognizes the independence of the Donbass, Zelensky commented: “This is another ultimatum and we are not for ultimatums. ” In a new video on social media, the Ukrainian president also reiterated that he was “not afraid” and that he wanted to “hide”. While negotiations are still stalled, Moscow has announced a ceasefire in several cities from 10 am on Tuesday 8 March (8 am in Italy) to allow for the evacuation of civilians through humanitarian corridors. Meanwhile, US President Joe Biden met in video conference with the leaders of France, Germany and England, and the US Department of Defense has ordered the sending of another 500 troops to Europe: now, according to Pentagon sources, the US has about 100,000 soldiers on our continent (ALL LIVE UPDATES – THE SPECIAL – THE VIDEOS OF THE SENT).

“The third round of negotiations is over. There are small positive developments in improving logistics for humanitarian corridors,” Zelensky’s adviser Mykhailo Podolyak announced on Twitter in the evening. However, Moscow does not think the same way: “Our expectations have not been met”, but “the negotiations will continue”, said the Russian chief negotiator, Vladimir Medinsky, quoted by Tass. “We are under no illusion that we will get definitive results in the next round of talks, it is a difficult job,” added Leonid Slutksy, another Russian negotiator, quoted by Interfax.

US and allies: priority to the protection of civilians

Meanwhile, American President Joe Biden spoke by videoconference with German Chancellor Olaf Scholz, French President Emmanuel Macron and British Prime Minister Boris Johnson. The four leaders agreed on the need to “continue to raise costs for Russia for its unwarranted and unprovoked invasion of Ukraine”, the White House said, and also “underlined their commitment to continue providing security,” economic and humanitarian assistance to Ukraine “. At the center of the videocall is also “the concern for a further Russian escalation and for the issue of humanitarian assistance in the crisis area”, reads a note from the German chancellery. The leaders have “agreed that the protection of civilians must have the highest priority” and that Russia is left with a demand to “immediately end” the invasion that violates international law. Furthermore, “they are also preparing further possibilities for humanitarian support to Ukraine. And they agreed that every diplomatic effort to overcome the crisis deserves support “.

Pentagon: “No significant progress for Russia for days”

“We believe the Russians have not made any significant progress in days,” Pentagon spokesman John Kirby later said in his press briefing. “They continue their advance in the south, with control of small towns, while in the north they have conquered neither Kiev nor Kharkiv”. As for Mariupol, she is “surrounded” by the forces of Moscow but “not yet taken”. Speaking of the “large convoy” sighted outside Kiev, Kirby explained that they were probably “supplies” and not armed vehicles. He then added: “There are elements of truth” in the rumors that Russia is trying to recruit “Syrian combatants” for the war in Ukraine.

Even the Prime Minister Mario Draghi – says Palazzo Chigi – tonight had a telephone conversation with the German Chancellor Scholz, focused on the situation on the ground in Ukraine, on the European response in humanitarian and sanctioning terms and on the energy consequences of the crisis in act. The two leaders agreed to keep in close contact in the coming days also in view of the informal summit scheduled for Thursday and Friday.

Tomorrow Zelensky will give a video link speech to the deputies of the British House of Commons at 5 pm local time (6 pm in Italy). This was announced today in the classroom by the speaker of the assembly, Lyndsay Hoyle, defining the event as “historic”. Zelensky is expected to renew his call to the UK and the West for increased military aid to Kiev. The interventions of foreign leaders in front of Westminster are a rarity, an honor granted in particular circumstances by the institution that likes to consider itself “the mother of all democratic parliaments” in the world. In Zelensky’s case it was Hoyle himself who authorized the virtual connection for tomorrow, with the simultaneous suspension of classroom work. “This is an important opportunity for the Chamber”, underlined the British speaker, adding that “the President will speak live from Ukraine” and any deputy who wishes will be able to hear him. The Conservative Prime Minister, Boris Johnson, is also expected in the front row of the majority benches, and the Labor leader Keir Starmer in those of the opposition; in addition to the group leaders of all the minor parties. The assembly presidency has set up approximately 500 headsets to listen to the simultaneous translation of the Ukrainian president’s address into English. However, no interlocution is foreseen, so no questions and answers after the speech.