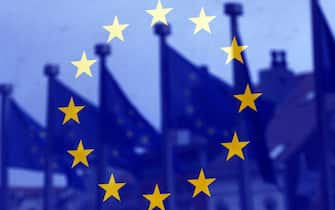 Ever since Russia invaded Ukraine on February 24, the issue ofKiev’s entry into the EU is back at the center of the debate. But the road to joining the Union is complex: the process takes several years and the country applying to join must meet a series of requirements ranging from respect for rights to economic standards.

WATCH THE VIDEO: Ukraine, missiles 100 km away from the EU border

Ukraine has with the European Union an association agreement, entered into force on 1 September 2017. It is an instrument that promotes the deepening of political ties, the strengthening of economic links and the respect for common values. The Deep and Comprehensive Free Trade Area (DCFTA) is the economic part of the agreement that aims to provide a framework for the modernization of Ukraine’s economy and trade relations. To date, the country has presented an application for membership, but it was not started

Russia-Ukraine war, Kiev and attempts to join the EU: the prospects

For this reason, it is impossible to make an assessment of Ukraine’s position with regard to accession to the European Union because, as an accession procedure has not been initiated, the examination of the requirements has not even begun. However, after the start of the conflict, Kiev has repeatedly asked for membership to be granted immediately

These stakes they establish a series of democratic, economic and political conditions for countries wishing to join the EU. For example, we need stable institutions that guarantee democracy, the rule of law, human rights, as well as respect for and protection of minorities. We also need a functioning market economy and the ability to cope with competition and market forces within the EU

The European Parliament, in the context of its assessment of the implementation of the association agreement between the EU and Ukraine, adopted on 11 February 2021, highlighted some aspects of the country’s reality that touch “the Copenhagen criteria”. In fact, in the resolution of February 2021, the Eurochamber wrote that it is necessary for Ukraine “improve the electoral code and bring it into line with international standards”

Also on the front of the fight against corruption Parliament noted several critical issues and said it was “deeply concerned about the high level of systematic political pressure and the acts of intimidation perpetrated, unfortunately not for the first time, against the president of the National Bank of Ukraine”. the Strasbourg plenary sent a Kiev to step up the fight against crime organized

The Eurocamera he then noted the efforts of ongoing reform in the media sector, but he expressed worry for the intention to give the regulatory body new powers “which risk affecting the freedom of the media and the content of online and print media”

Always in the field of respect for rights, the European Union Chamber urged the Ukrainian government and authorities to implement measures to further improve the representation of women and the equal treatment at all levels of political and social life, as well as to fight against gender-based violence

On the economic level“Ukraine is an important geopolitical, geostrategic and trade partner for the Union” for the European Parliament which “welcomes the significant increase in trade flows between the EU and Ukraine”, but “regrets the relatively low number of foreign investments direct flights that reach the country ”