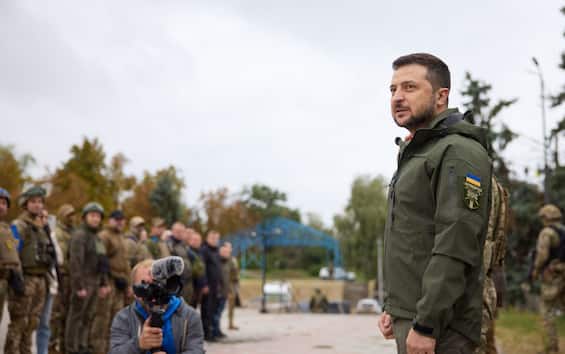 The Ukrainian people, represented by their president, elected leaders and their civil society are the winner of the Sakharov Prize 2022, the highest recognition awarded by the Eurochamber for freedom of thought. This was announced by the European Parliament following the decision taken during the Conference of Presidents of the Eurochamber. The other two finalists were WikiLeaks founder Julian Assange and the Colombia Truth Commission (WAR IN UKRAINE, SKY TG24 SPECIAL – LIVE UPDATES).

The motivation for the award

With the awarding of the prize, “the efforts of Ukrainian President Volodymyr Zelensky are highlighted, together with the role of individuals, representatives of civil society and state and public institutions”, reads a note from the European Parliament. “Among the people mentioned, in addition to the president, also the representative of the emergency services of the Ukrainian state, Yulia Pajevska, founder of the medical evacuation unit Angels of Taira, Oleksandra Matviychuk, lawyer for human rights and president of the organization Center for civil liberties, the Yellow Ribbon Civil Resistance Movement and Ivan Fedorov, mayor of the Ukrainian city of Melitopol, currently under Russian occupation “, reads the note. The award will be delivered on 14 December in Strasbourg.