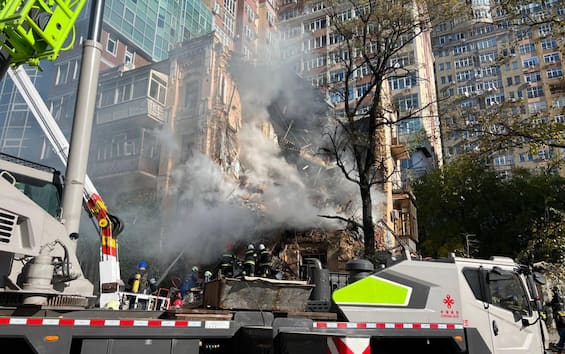 The air alert was declared this morning in seven regions of Ukraine: according to the map data, the alert concerns the regions of Dnipropetrovsk, Poltava, Cherkassy, ​​Kirovograd, Mukolaiv, Kharkiv and the part of the Zaporizhzhia region controlled by Kiev. This was reported by the Russian news agency Tass (WAR IN UKRAINE, THE SPECIAL OF SKY TG24 – UPDATES IN REAL TIME).

The Russians are advancing in the directions Bakhmut, Avdiivka and Novopavliv, in Donetsk: this was announced by the General Staff of the Ukrainian armed forces on its Facebook page, as reported by UNIAN. “The opponent is trying to hold the temporarily captured territories. On the last day, the Ukrainian defense repelled the attacks of the occupiers in the areas of the Makiivka, Nevske and Bilogorivka settlements of the Lugansk and Verkhnokamyanske region, Spirne, Bakhmut, Mayorsk , Pervomaiske, Novomykhailivka, Vodyane, Pavlivka and Prechistivka from the Donetsk region, “says the Kiev Army.

“Exports of grain and food products from Ukraine must continue. Although no ship movements are planned for ogg, we expect loaded ships to sail on Thursday,” the UN coordinator of the agreement for the country wrote in a tweet. export of grain from Ukrainian ports Amir Abdulla. Russia suspended the deal after a drone attack on its fleet in the Black Sea in Crimea.