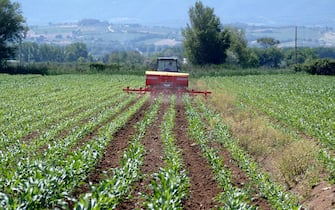 War in Ukraine it could result in that of one as well food shock. There Russia and Ukraine they almost provide one third of world grain exports. Since the Russian invasion, the ports on the Black Sea have stopped and farmers no longer have a chance to grow

WATCH THE VIDEO: Kiev, from wheat to cyber-attacks: the collateral damage of the war

As a result, the prices of grain are rose to record levelssurpassing even those recorded during the food crisis of 2007-2008. According to analysts, prices could skyrocket unleashing social unrest in different countries

Sanctions against Russia, alarm from rating agencies: Moscow towards default

In 2007, wheat prices reached these levels due to severe production drops in major producing countries such as Australia and Russia. At the time, the protests almost spread 40 countries, from Haiti to the Ivory Coast

Ukrainian war, because with the no fly zone there is a risk of a conflict between Russia and the West

Due to the conflict, farmers in Ukraine they are not planting. If the production of the “granary of Europe” collapses next season, the price of wheat could double or triple, even causing delays in shipments of cereals, sunflower oil and barley

Ukraine represents 90% of Lebanon’s grain imports and is a major supplier for countries such as Somalia, Syria and Libya. Lebanon is “struggling with an already high import price and this will only do that make things worse“said James Swanston, an emerging market economist at Capital Economics

War in Ukraine, Visa and Mastercard suspend operations and network services in Russia

According to the International Trade Center, Russia supplies the Turkey more than 70% of grain imports. Even before the Russian invasion of Ukraine, inflation in Turkey had peaked at 54.4% in February, the highest in 20 years. “War will only do that increase the cost of food“said Ismail Kemaloglu, former head of the Turkish state grain agency

“The fact is that the Black Sea offers a logistical and price advantage. Costs will increase significantly when Ankara buys from the US or Australia, “she explained.” Even if the war ends tomorrow, the sowing season she has already been to Ukraine interrupted and this will have a impact on the 2022 harvest regardless”

There Russia it represents two thirds of wheat imports of Egypt. Egyptian authorities say their grain stocks will last until mid-June and the local Egyptian harvest is expected to start arriving by mid-April. Any increase in bread prices and a further increase in food inflation in Egypt “the threat of social unrest increases”

The UN World Food Program bought about 1.4 million tons of wheat to distribute to the poorest countries in 2021, of which the 70% came from Ukraine and Russia. Before the Russian invasion it was already facing a 30% increase in the cost of grain, due to poor harvests in Canada, the United States and Argentina

A further soaring grain prices it would further reduce its ability to provide aid. “This is an unnecessary shock of enormous proportions,” said Arif Husain, chief economist at the United Nations WFP.

The grain stocks they are ending everywhere. THE Chinese and South Korean buyers of Ukrainian corn, used to feed cattle, look for sellers elsewhere, while i EU agriculture ministers they discussed the possibility of allowing farmers to increase production using 10% of the land they usually leave fallow