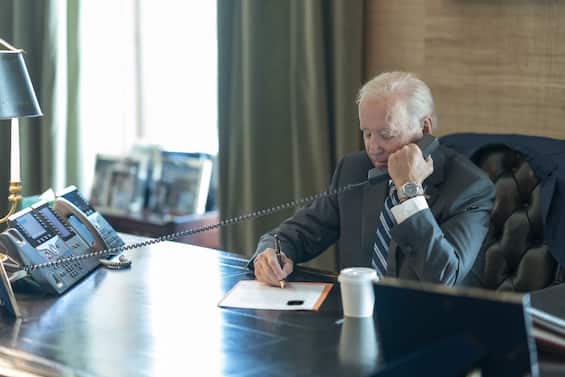 The risk of a “nuclear Armageddon” has reached the highest levels since the Cuban crisis of ’62. US President Joe Biden said this, speaking at an evening event organized to raise funds for Democrats. “We haven’t faced a nuclear Armageddon tease since 1962 with Kennedy and the Cuban missile crisis,” he added. The threat from Russian President Vladimir Putin, according to the number one of the White House, is real “because the military one is proving to be disappointing”. For months, senior US administration officials have suspected that Putin could use the nuclear weapon against Ukraine as a reaction to defeats at the front.

On Tuesday, White House spokeswoman Karine Jean-Pierre softened the tone, saying that the US was not aware that Putin was accelerating towards a nuclear solution. Biden’s statement, however, shuffles the cards and suggests the hypothesis that the crisis in Ukraine may have reached a crossroads. The thirteen days of frost in 1962 between the United States and the Soviet Union, following the discovery of the Soviet deployment of nuclear weapons, are considered to be those in which the world has been closest to nuclear annihilation. The crisis was then resolved peacefully and led to an international policy aimed at controlling the use of the extreme option. But now, the specter of those days is back. Biden wondered how Putin “could find a way out” at a time when he “risks losing face and internal power”.