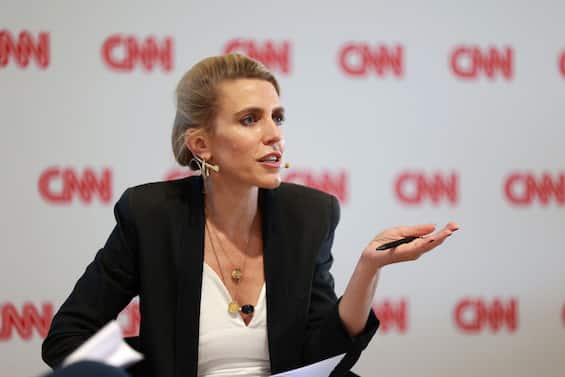 A decision that has raised a lot of controversy, especially on social media. Clarissa Ward, 43, award-winning ‘Chief international correspondent’ of CNN, has in fact decided to continue covering the conflict in Ukraine even in the fifth month of pregnancy. The journalist revealed to the media that she was expecting her third child, a boy, with her husband Philipp von Bernstorff. The couple already have Caspar, 2, and Ezra, 4. For 12 weeks, the correspondent of the American broadcaster has been reporting on the war in Ukraine and now she is in Kharkiv to shoot a special that will be broadcast in February before the anniversary of the outbreak of the conflict. For many users, hers is a decision harmful to the rights won by women in many years of battles (ALL LIVE UPDATES).

“I’m not going anywhere on the front lines”

“Obviously, it’s a different experience to come back to Ukraine 20 weeks pregnant,” Ward explains. “But – he assures – I will not go anywhere on the front line and the team has done everything to identify all the hospitals along our routes”. “It can still be quite challenging with the long journeys and the bitter cold and you have to be vigilant, but I remind myself that thousands of Ukrainian women experience this every day,” she stressed. Many who disagree with her decision argue that Ukrainian women have no choice and accuse that deliberately placing themselves in a dangerous situation while pregnant can be counterproductive for all women who have struggled to win the right to protection and to work safely when I’m pregnant. The journalist goes straight on her way, guarantees that she feels good, that she doesn’t have nausea, that she has a “lot of energy” and that she is not yet “so huge”, even if she admits she is “a bit fed up” while approaching the last trimester of pregnancy. But, more than the war, she seems scared of ending up “overwhelmed” by three boys and their “energy”, despite the fact that she has always dreamed of a large family, being an only child.

Always at the forefront

In her career Ward, a polyglot with a British father and an American mother, has always been at the forefront, including for other newspapers (Fox, Abc, Cbs). You have covered other conflicts: from the Middle East to Russia to Afghanistan where, in 2019, you were the first western reporter to cover life in areas controlled by the Taliban. In Kabul, in 2020, you followed the American withdrawal, forced to wear the traditional clothes imposed on women by the Taliban to continue witnessing what was happening on the streets of the capital. She also had a bad time when her film crew nearly attacked by self-styled Koranic students who yelled at her “cover your face” and attempted to steal the cameras. Fortunately there were no consequences.