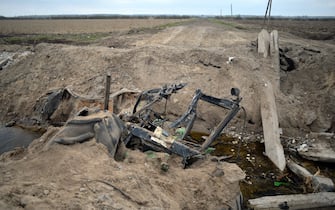 The Ukrainian army uses an app to locate and destroy as quickly as possible i Russian targets. Is called Gis Art for Artillery and was developed by the programmer and former Kiev artillery officer, Yaroslav Sherstyuk

WATCH THE VIDEO: Ukraine, in Donbass fierce battle along the river

The app locates enemy targets e assigns them to the closest Ukrainian weapons, coordinating cannons, rocket launchers, mortars or drones. In this way, explains the Ukrainian site Inforesistif before it took on average 20 minutes to identify a target and destroy it, now it takes no more 30 seconds

Ukraine, how and why Moscow manages to beat sanctions. THE ANALYSIS

The operating system of the software resembles that of booking of taxis or Uber. Even in that case the app connects the passenger with the nearest carproviding real-time information on their location and proximity

Likewise Gis Art is capable of process data by drones, smartphones, rangefinders and the like to identify e to locate the enemy target

With this data the system creates a map in real time which updates the position of the enemy armed forces and their movements, allowing the Ukrainians a control of the battlefield highly detailed

Once the target is located, the app connects with the Ukrainian howitzer closest receiving the target’s coordinates with a accuracy ranging from 6 to 25 meters. In this way it manages to reduce the time of the so-called “Trigger call” from canons 20 minutes to about 30 seconds

The system rests on the Starlink satellite network from Elon Musk, that since the beginning of the conflict gives a “important contribution to the resilience of connectivity in Ukraine “, writes the European Commissioner for the Internal Market, Thierry Breton

“So far Starlink he resisted to attempts to cyberwar jamming And hacking gods Russiansbut their efforts are intensifying, ”Musk tweeted

In recent days the director of the Russian space agency RoscosmosDmitry Rogozin, had said that the ground equipment of Musk’s Starlink project for the satellite connection to the Internet, delivered to the Ukrainian authorities in late February, would be delivered to the Azov Battalion and to the marines of the Armed Forces of Ukraine